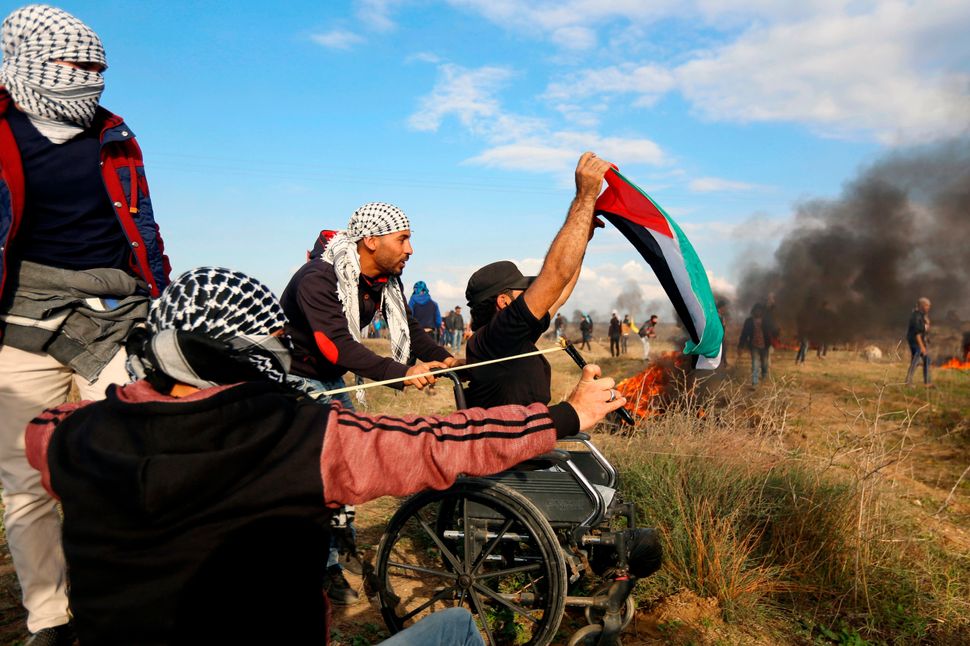 JERUSALEM (JTA) — The Israel Defense Forces is reopening an investigation into the killing in Gaza of a prominent wheelchair-bound Palestinian protester — that it originally suggested was likely not its fault.

Ibrahim Abu Thurayya has been a regular presence at protests at Gaza’s border with Israel. Images of him in his wheelchair waving a Palestinian flag have become a symbol of resistance.

Abu Thurayya, 29, was shot in the head while demonstrating in Gaza on Dec. 15 during protests against President Donald Trump’s recognition of Jerusalem as the capital of Israel. Abu Thurayya had said he lost his legs in an Israeli airstrike on Gaza in 2008, though video documentation shows that that he was wounded on April 11, 2008, during clashes between Israeli forces and Palestinian operatives in the Bureij refugee camp in central Gaza.

Israel’s military said no live fire was aimed at Abu Thurayya and it was impossible to determine the cause of death. It said its investigation was hindered by the refusal of Palestinian authorities to share details of his injuries.

In announcing the opening of a criminal investigation into Abu Thurayya’s death, the IDF said that it had received new information from groups inside Gaza.