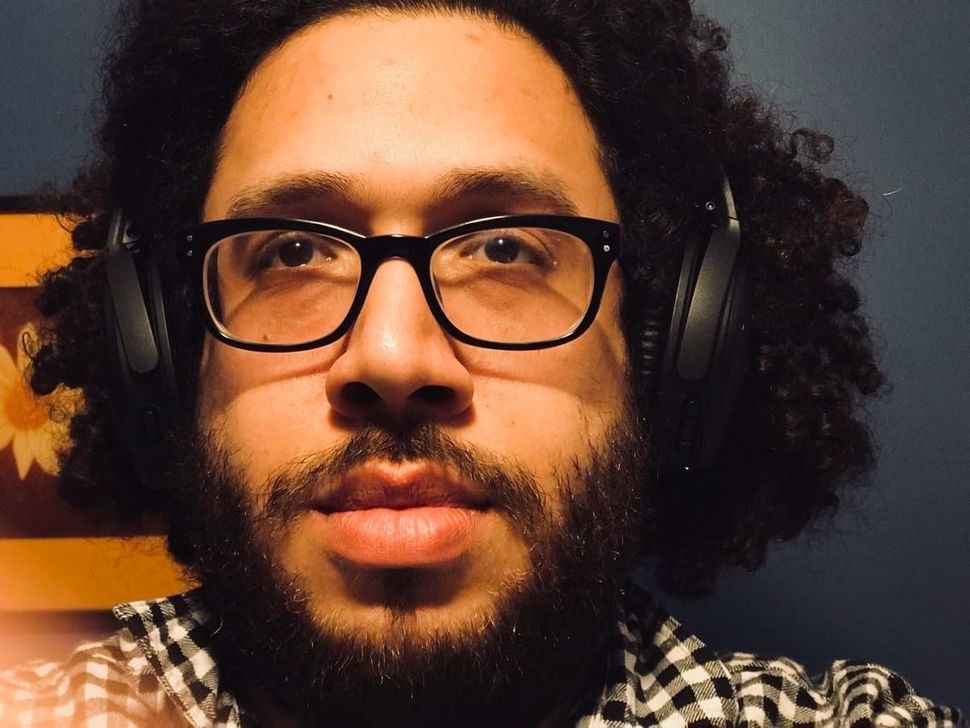 Ben Faulding, a Hasidic, African-American writer, felt he was almost killed in a pharmacy-aisle stand-off with police. Image by Twitter

Ben Faulding is a black black-hat: an African-American Hasidic Jew — and he is proud of his twin identities. But he thinks that he was nearly killed for the color of his skin Wednesday — while buying hair care products at a pharmacy.

In a Twitter thread that went viral, having been retweeted over 66,000 times, Faulding — who goes by @TheHipsterRebbe on Twitter — explained how he was nearly killed over concern for his “wild” hair. It started when he was walking back from the gym and decided he needed more conditioner.

I looked at a couple items, like face wipes. But decided just to get hair conditioner. I go to the aisle and was looking for 5 minutes before deciding on one. I turn to go up the aisle to pay there’s a Nassau County Police officer standing there. With his weapon drawn.


Faulding was wearing noise-canceling headphones and had trouble hearing the cop’s directions. Within seconds, two police offers were pointing their weapons at him, yelling things he could not understand.

My headphones were still blaring, I could barely hear. “I CAN’T HEAR BECAUSE OF MY HEADPHONES. PLEASE TAKE THEM OFF. SO I CAN FOLLOW INSTRUCTIONS.” All I wanted to do was follow instructions. Last thing I wanted was some mild mistake to end my life. Like with Daniel Shaver.


Faulding said that he was reminded of the killing of Daniel Shaver, an unarmed white man, in Arizona in 2016. In a recently released video, Shaver was shown to have been shot while begging for mercy, crawling toward a police responder. The officer pulled the trigger when Shaver went to pull up his pants.

The officers eventually cuffed Faulding, something that made him feel “a little safer.” They holstered their weapons and searched his gym bag. The “infuriating part,” Faulding said, was that when the pharmacy clerk had called 911, she reported that Faulding was armed.

When they came in, they were looking for somebody with a gun. That’s why theirs were drawn. The bottle of conditioner I picked out was white. What if I had picked the black bottle? What if they had seen it wrong?


Though the police were friendly after the stand-off ended, Faulding said he was haunted by what might have happened. “How was there such a colossal failure in communication?” he asked.

Faulding is a blogger who writes about issues of race in the ultra-Orthodox world and the cultural intersection of black and Jewish life. He lives in Brooklyn’s Crown Heights, where he says he can get caught between racist attitudes in the Hasidic community and anger from the black community.

Correction: January 5, 10:30 am — A previous version of this article misstated where Daniel Shaver was killed. He is from Texas, but was killed in Mesa, Arizona.