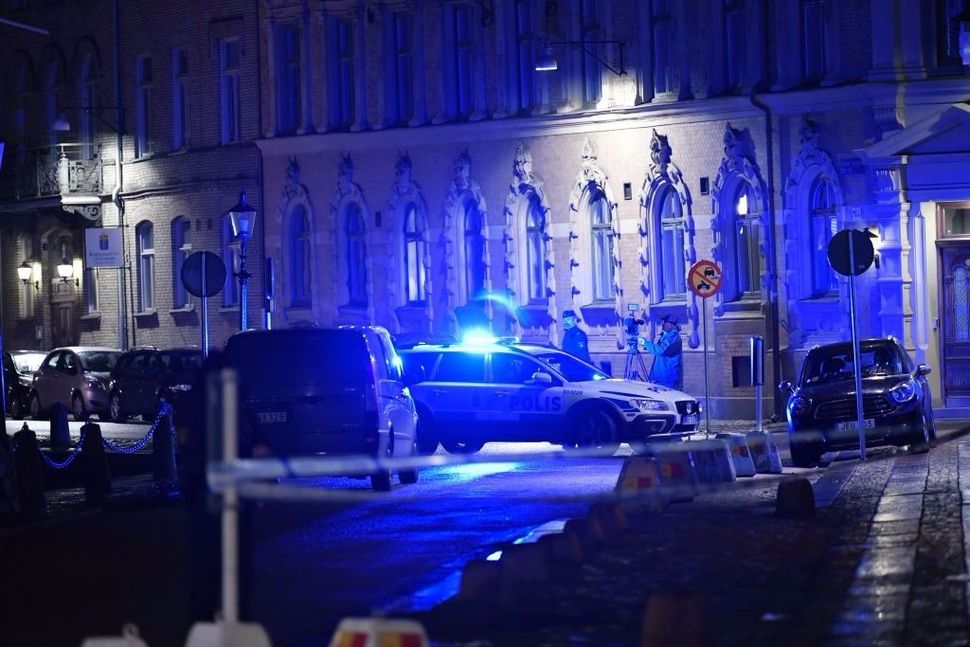 Magnus Hellgren said this in an interview for the Israeli daily Makor Rishon following the attempted torching of the Gothenburg synagogue and cries about killing Jews in Malmo. Both events happened amid protests over President Donald Trump’s Dec. 6 recognition of Jerusalem as Israel’s capital.

Commenting on the fear of some Swedish Jews to be seen wearing a kippah on the street due to security concerns, Hellgren told Makor Rishon: “This is the reality of the Jewish community and it’s a failure, it’s not something that should be allowed to happen.” He also said: “If a single Jew feels this way, we have failed.”

Police officers who heard the cries to shoot Jews during the Malmo rally would have intervened, but the cries were in Arabic and the “officers simply didn’t understand,” Hellgren said.

He also said the Swedish state has not given local Jewish communities the resources they asked for to provide security, and said this problem is being addressed.

Critics of Sweden’s policy toward Israel have charged that it was legitimizing attacks on Jews, including in Foreign Minister Margot Wallstrom’s claim in 2015 that Israel’s actions are behind terrorist attacks  by Jihadists in France.

“To counteract the radicalization, we must go back to the situation such as the one in the Middle East of which not the least the Palestinians see that there is no future: We must either accept a desperate situation or resort to violence,” said Wallstrom during a television interview about Islamist’s murder of more than 100 people at a Paris nightclub on Friday night. Sweden is the only European country that recognizes what is calls the State of Palestine.

Hellgren said Sweden does not have an anti-Israel foreign policy.