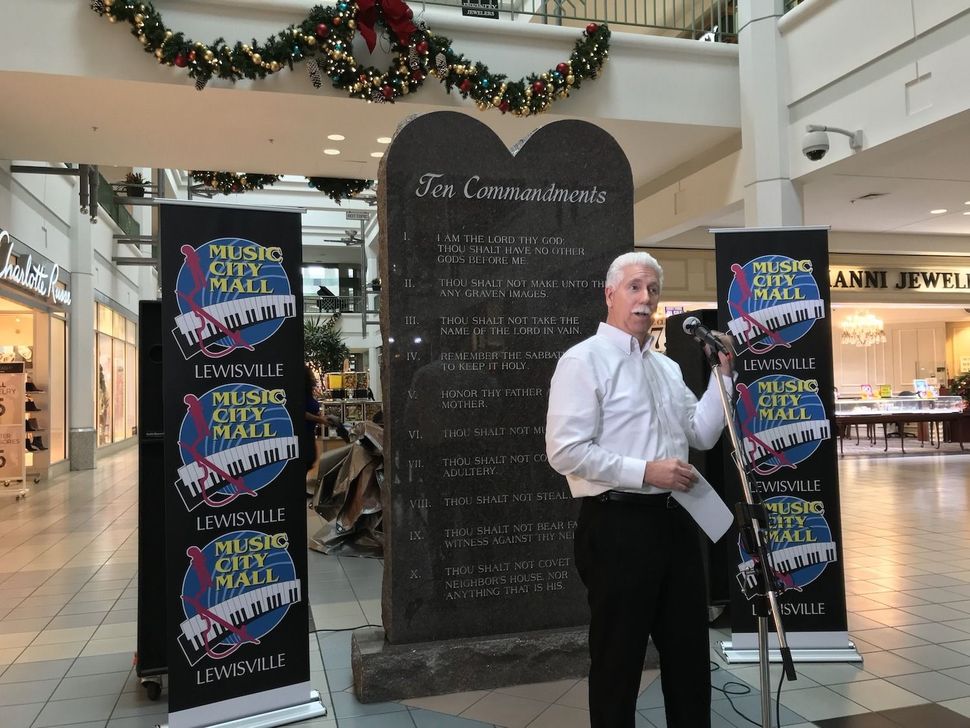 An 800-pound granite slab engraved with the Ten Commandments placed in a mall outside Dallas is being mostly left alone by protesters, the Religion News Service reported. In fact, it’s a big hit with the mall’s loyal customers.

Music City Mall, a privately owned shopping center in Lewisville, Texas, has two granite slaves with biblical messages. The inside slab has the Ten Commandments. A smaller slab that greets shoppers outside the door has what the mall’s owner considers to be the two most important messages of Jesus Christ: “Thou shalt love the Lord” and “Love thy neighbor.”

“We’re not trying to make a statement or create a controversy,” said Richard Morton, the mall’s general manager. He added that the monuments are meant to show the mall owner’s “belief system, and he is not afraid to share it.”

Owner John Bushman has a small empire of hotels and restaurants around Texas, Colorado and New Mexico. Several of them contain similar odes to the tablets of Moses.

Bushman has said he wants the mall to be “a community space.” Because it is privately owned, it is not subject to laws upholding the separation of church and state.