Is Bannon Losing Breitbart, The Platform Of The ‘Alt-Right’? 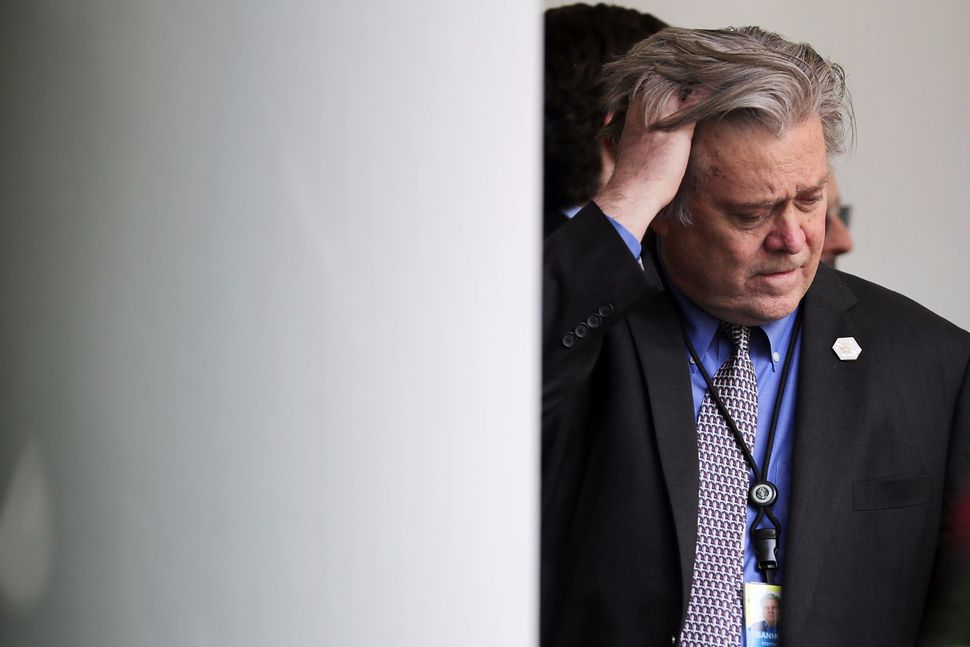 Steve Bannon, who famously made Breitbart the “alt-right’s” prime platform, may be on his way out of the publication, which took him back after ending his service in Trump’s White House.

In a matter of hours after quotes of Bannon trashing President Donald Trump and his family emerged from Michael Wolff’s book “Fire and Fury: Inside the Trump White House,” the former top strategist began loosing supporters. First came the board of Breitbart, which discussed his future at the publication, known for its staunch pro-Trump line. Then came Trump mega-donor Rebekah Mercer, who owns a stake in Breitbart, with a harsh rebuke of Bannon’s criticism of the president.

Later, White House press secretary Sarah Huckabee Sanders weighed in stating from the podium that Breitbart’s board “should look at and consider” his dismissal.

Source told CNN that there is now a “hard push” on Breitbart leaders to let Bannon go, sooner rather than later.

Is Bannon Losing Breitbart, The Platform Of The ‘Alt-Right’?