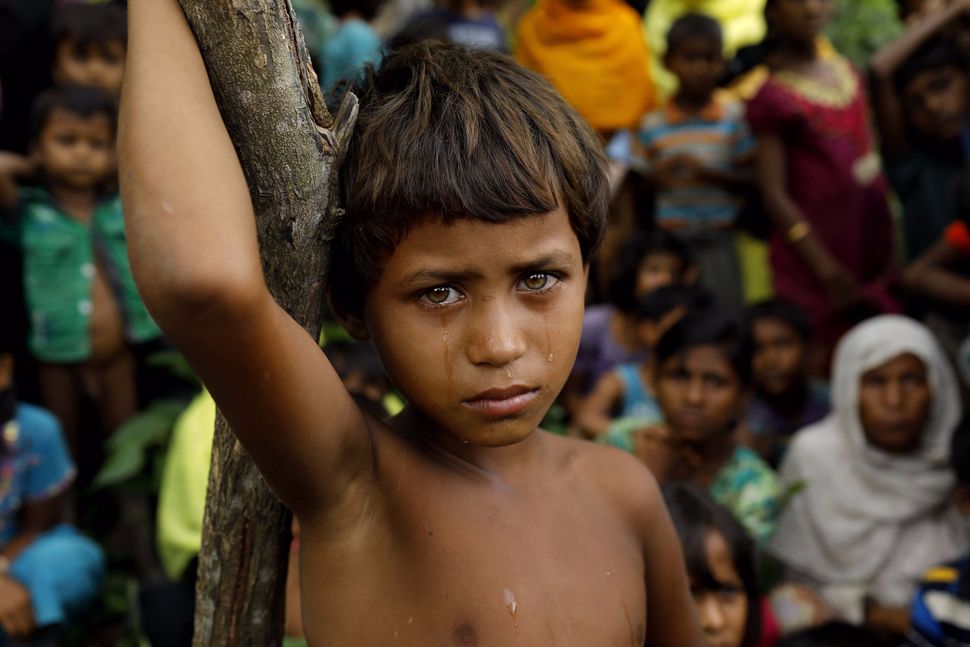 A Rohingya girl at a refugee camp in Bangladesh. Image by Getty

WASHINGTON (JTA) — Twenty-four Jewish groups encompassing all major religious streams urged a Senate panel to advance a bill that would penalize Burma for its treatment of its Rohingya Muslim minority.

“Passing this legislation through your committee and the full Senate would send a powerful message to the Burmese military and the global community that the United States will not be silent or inactive in the face of mass atrocities,” said the letter sent Friday to Sens. Bob Corker, R-Tenn., and Ben Cardin, D-Md., respectively the top Republican and Democrat on the Foreign Relations Committee.

Among those signing were Reform, Conservative, Orthodox and Reconstructionist umbrella bodies as well as major civil rights groups including the American Jewish Committee and the Anti-Defamation League. Also signing was the Jewish Council for Public Affairs, the consensus-driven umbrella for Jewish public policy groups.

The bill, as described in the letter, “would mandate targeted U.S. sanctions to help end the Burmese military’s atrocities against the Rohingya people, provide refugee assistance for the Rohingya, and establish a mechanism to address accountability around crimes committed against the Rohingya and other ethnic minorities in Burma.”

Cardin, who is Jewish, has told reporters in recent days that he believes the bill will advance soon.

“We cannot remain silent as Jews, for whom the words ‘never again’ require us to act, nor as global citizens, in the face of senseless acts of brutality,” the letter says.

Burma, also known as Myanmar, has been accused of ethnically cleansing Rohingya from its country. The hundreds of thousands of Rohingya fleeing the country since August is believed to be the world’s fastest-growing refugee crisis. Burma, a Buddhist majority country, says it is only targeting militants.