After Delay, Pence To Visit Israel This Month: White House 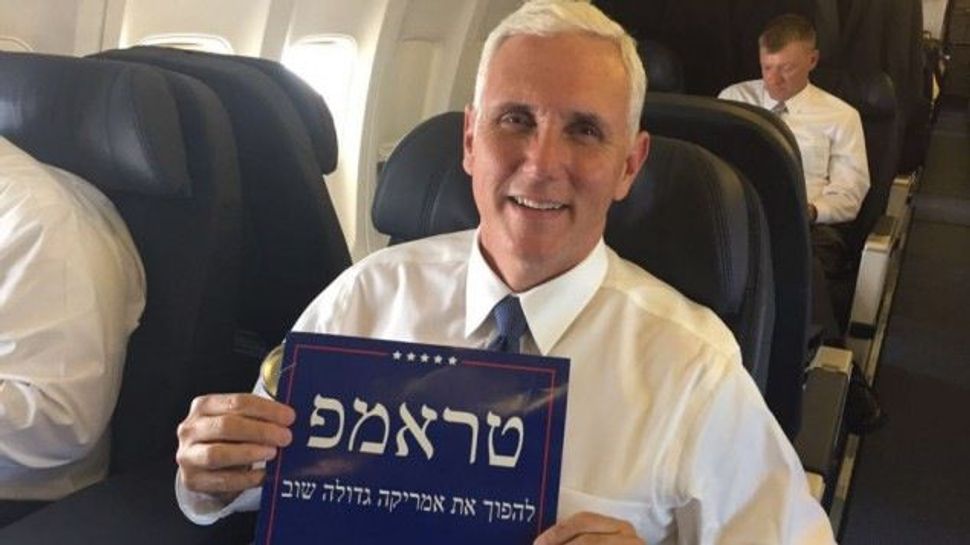 WASHINGTON (Reuters) – U.S. Vice President Mike Pence will visit Egypt, Jordan and Israel from Jan. 20 to 23, the White House said on Monday, embarking on a tour originally planned for last month after President Trump recognized Jerusalem as the capital of Israel.

Pence, a strong supporter of Trump’s decision on Jerusalem, will also visit the city’s Western Wall and give a speech at the Israeli parliament, it said.

Trump’s decision on Jerusalem and announcement in December that the United States would start the process of moving its embassy from Tel Aviv led to uproar and protest in the region.

“At President Trump’s direction, the vice president is traveling to the Middle East to reaffirm our commitment to work with the U.S.’s allies in the region to defeat radicalism that threatens future generations,” said Alyssa Farah, a spokeswoman for Pence.

He plans to discuss with the three leaders “ways to work together to fight terrorism and improve our national security,” she added.

The status of Jerusalem, which is home to Muslim, Jewish and Christian holy sites, is one of the thorniest obstacles to a peace deal between Israel and the Palestinians, who were furious over Trump’s move and have declined to meet with Pence. The international community does not recognize Israeli sovereignty over the full city.

Israel considers Jerusalem its eternal capital, while Palestinians want the capital of an independent state of theirs to be in the city’s eastern sector, which Israel captured in the 1967 Middle East war and annexed in a move never recognized internationally.

Pence postponed a planned visit to Egypt and Israel last month to stay in Washington for a congressional vote on Trump’s tax overhaul plan.

After Delay, Pence To Visit Israel This Month: White House