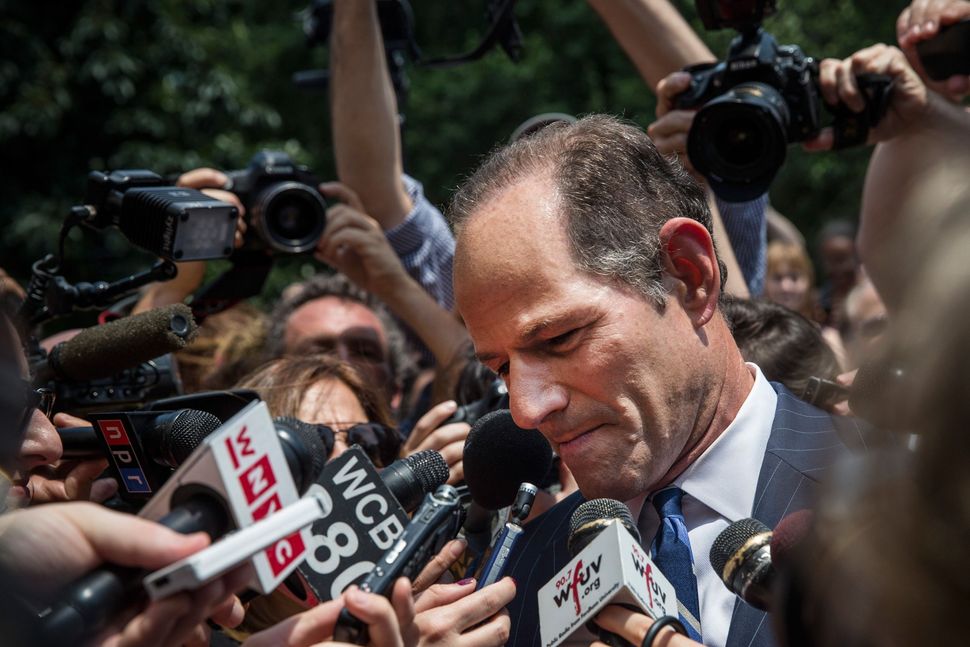 Eliot Spitzer in 2013. Image by Getty

Eliot Spitzer, the disgraced ex-governor of New York, threatened to stab a man in the penis at a Greek restaurant in Manhattan on January 2, the New York Post reported.

According to the man and one other witness, Spitzer’s threat came after the diner, Jamie Antolini, goaded Spitzer by loudly praising the man who brought Spitzer’s career to a halt.

“Ken Langone should have been president,” Antolini said as Spitzer walked by. Langone, the founder of Home Depot, was reportedly behind the federal investigation the unveiled Spitzer as the client of a VIP prostitution ring. After the revelation, in 2008, Spitzer resigned as governor.

Spitzer, who was at the restaurant for his mother’s 90th birthday party, reportedly came back multiple times to Antolini’s table to rage at him.

“I’ll get a f—king knife and stab you right in your f—king cock!” Spitzer yelled, according to Antolini.

The two men were eventually separated by restaurant staff. A spokesperson for Spitzer denied that he ever made any threats to Antolini.