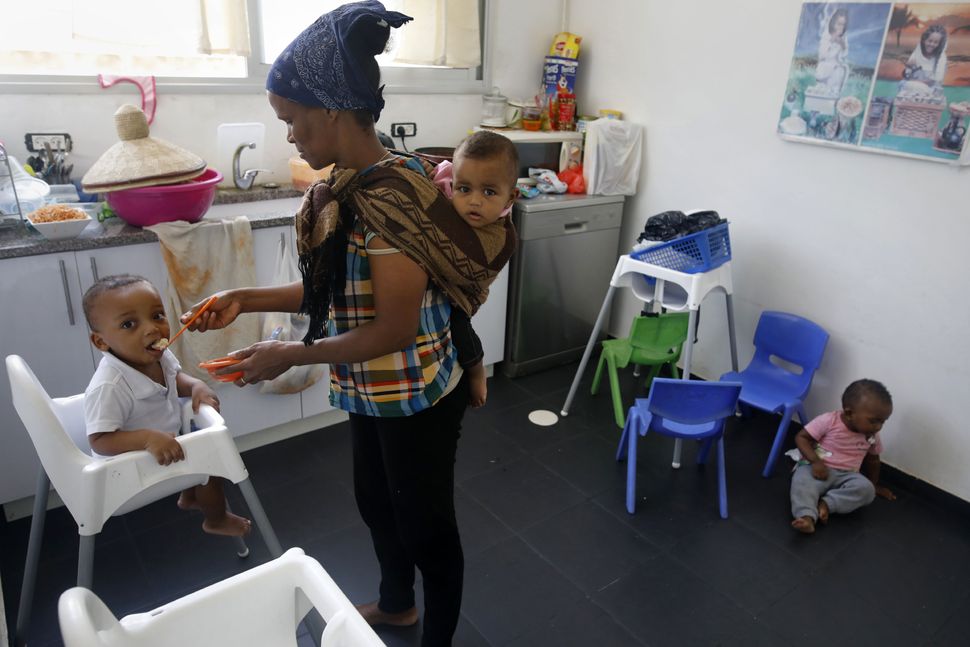 A group of American Jewish leaders sent Prime Minister Benjamin Netanyahu a letter Monday urging him to rethink plans to deport tens of thousands of African refugees — and to do the “Jewish thing” and recognize them as refugees “deserving protection.”

“We are asking Israel to do the right thing, the Jewish thing, to be a light unto the nations in the way we treat the strangers among us,” read the letter sent by heads of groups the Religious Action Center of Reform Judaism; the immigration advocacy group HIAS; the National Council of Jewish Women and T’ruah: The Rabbinic Call for Human Rights.

The group sent an earlier letter to the Israeli prime minister in November asking him not to deport asylum seekers from Africa. Netanyahu responded by challenging the characterization of African migrants as refugees. The Monday letter was meant as a response to Netanyahu’s claims.

“We know that many of [the Africans] are indeed asylum seekers and refugees deserving of protection, and we are deeply concerned for their welfare,” the new letter read.

Israel’s cabinet approved a plan last week to deport nearly 40,000 African migrants to either their own countries or another African nation. Government ministers in Israel advanced a plan last month to imprison migrants who refuse to leave voluntarily.