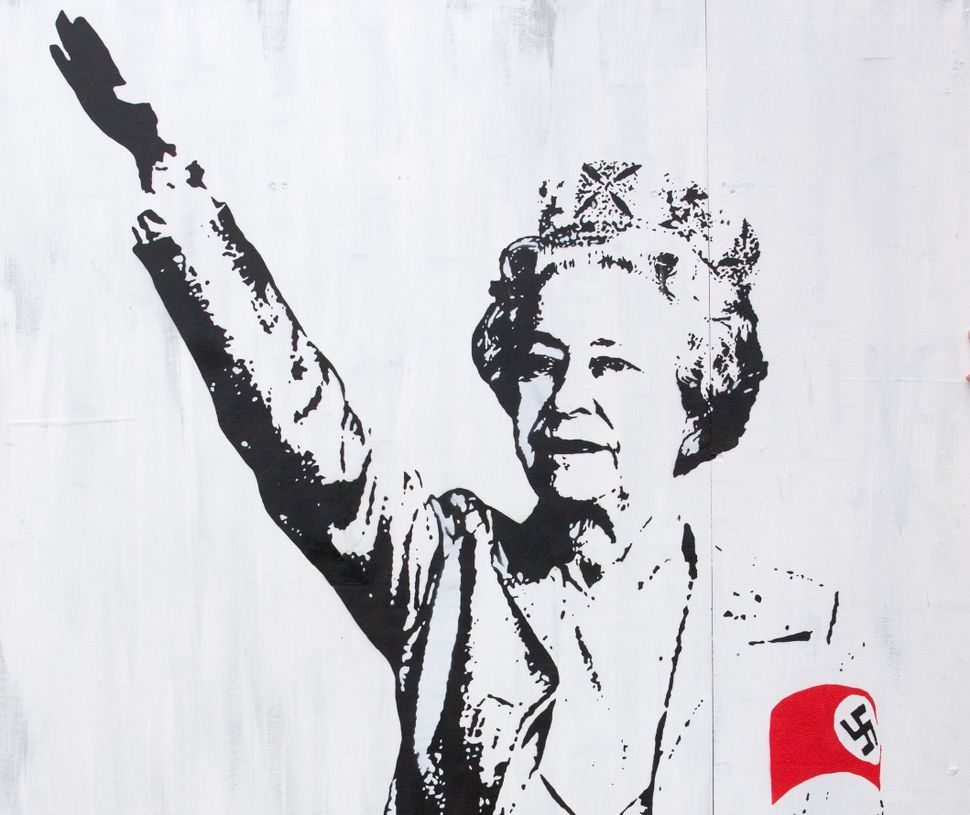 A piece of graffiti art by T.wat was shown as part of the Upfest festival in Bristol, England. Image by Matt Cardy/Getty Images

(JTA) — A 22-year-old British man who has declared himself a Nazi was found guilty of stirring up racial hatred against Jews.

A Preston Crown Court jury found the Lancashire man guilty Monday in a jury trial. He will be sentenced at a later date, according to reports.

The man cannot be named for legal reasons, according to the British media.

In a speech that was played in court, he called Jews “parasites” who should be “eradicated.” He also said Britain “took the wrong side” in World War II by choosing to fight the “National Socialists who were there to remove Jewry from Europe once and for all.”

He told the court that he is a Nazi, but that does not mean he hates all Jews. He also suggested that the courts are run by the Jews. He said he made his statements to encourage debate and to shift peoples’ views more to the right.