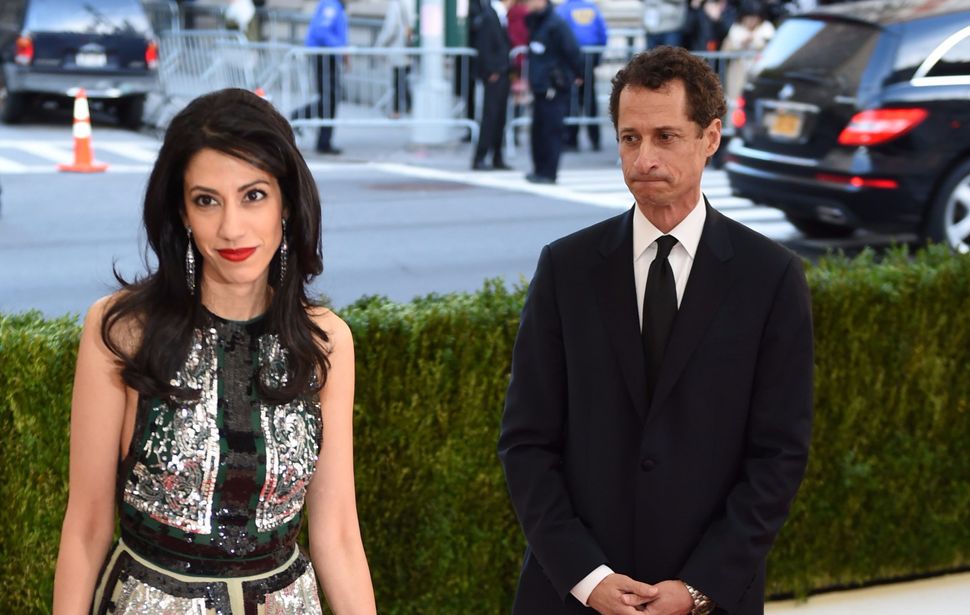 An attorney for Huma Abedin filed paperwork Wednesday in court signed by her and Anthony Weiner agreeing to withdraw their divorce suit, the New York Post reported. The judge promptly announced their case “discontinued.”

“In order to ensure the proceedings have a minimal impact on their child, the parties have decided to finalize their divorce swiftly and privately,” Charles Miller, an attorney for Abedin, said in a statement. The couple will likely continue divorce proceedings through mediation.

Weiner, a disgraced politician once considered a leading Democratic figure, is currently serving a 21-month sentence in Massachusetts for sending lewd photographs to a minor.

Abedin filed for divorce in May, hours after Weiner pleaded guilty to sexting with a minor. One of the infamous images was of Weiner lying in his underwear next to his son, sporting an obvious erection.