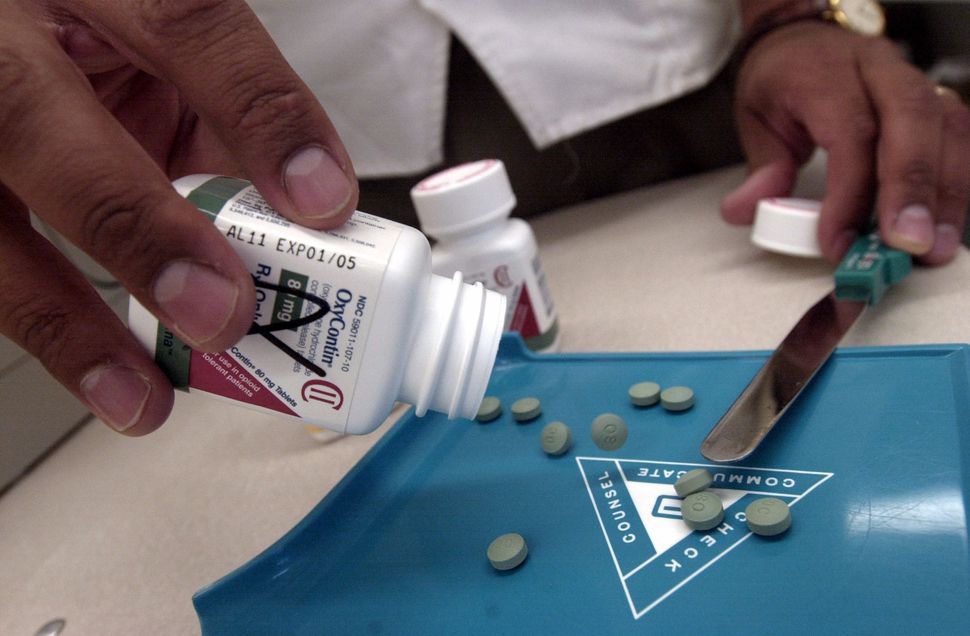 The OxyContin manufacturer Purdue Pharma, along with two dozen other opioid makers, are facing a lawsuit brought by three Native American tribes in the Dakotas, claiming that the firms hid the drug’s risk.

Purdue is privately owned by the Sackler family, who are Jewish. (After the publication of this brief, a representative for one branch of the family, the descendants of Arthur M. Sackler, contacted the Forward to note that their branch sold their share of the firm in the 1980s and has never benefited from the sale of OxyContin.)

According to the Associated Press, the three tribes are asking for monetary damages and a fund to pay for addiction treatment.

“This epidemic has overwhelmed our public-health and law-enforcement services, drained resources for addiction therapy, and sent the cost of caring for children of opioid-addicted parents skyrocketing,” Brendan Johnson, a lawyer representing the tribes, told the AP.

Native American populations in South Dakota have been disproportionately affected by the opioid crisis.