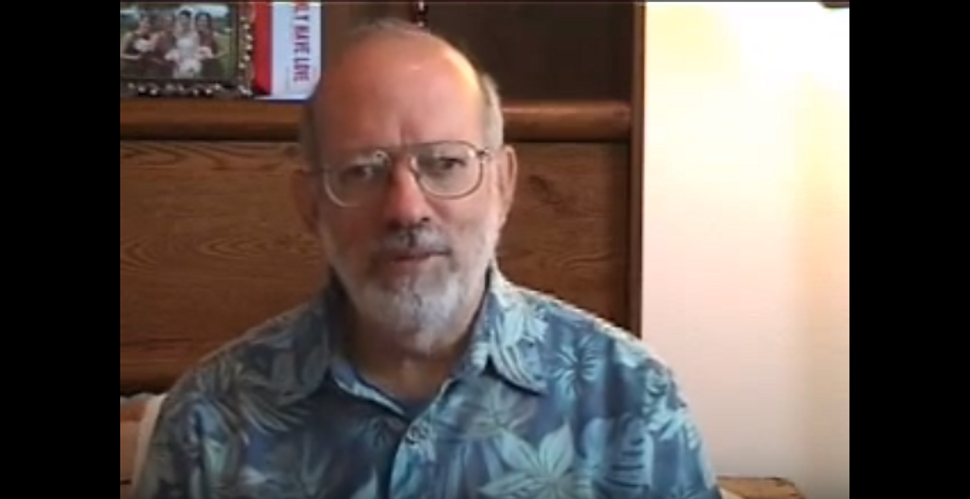 Roy Moore’s Jewish attorney has been revealed as Martin Wishnatsky, a Messianic Jew and anti-abortion activist. Image by YouTube

“It was very distressing and in no way represented the person that I know,” Martin Wishnatsky told the Fargo Forum on Wednesday about learning of the allegations. “I think it was very difficult for him,” he added.

Wishnatsky told Alabama news site AL.com last week that he did not believe the multiple allegations of sexual misconduct against Moore. “Why would he date [teen girls]?” he asked. “If you graduated from West Point, spent five years in the Army, served in Vietnam, graduated from law school, became a lawyer, were appointed district attorney, then your next step would be to take your clothes off with a 14-year-old? Does that make any sense? No, it doesn’t.”

Wishnatsky, who converted to Christianity at age 33, is a staff lawyer at the Moore-founded Foundation for Moral Law and did not play a role in the campaign.

After Moore’s wife Kayla proclaimed that her husband couldn’t be anti-Semitic because “One of our attorneys is a Jew,” the media tried to identify who she was speaking about. Wishnatsky said that he didn’t identify himself until after the election because he didn’t want to distract from the campaign.

“I was not interested in entering into that because it seems to me that it was another gotcha game being played with Judge Moore, in this case with his wife, to try to take a brief statement and make a major cause celebre out of it,” he explained to the Forum.