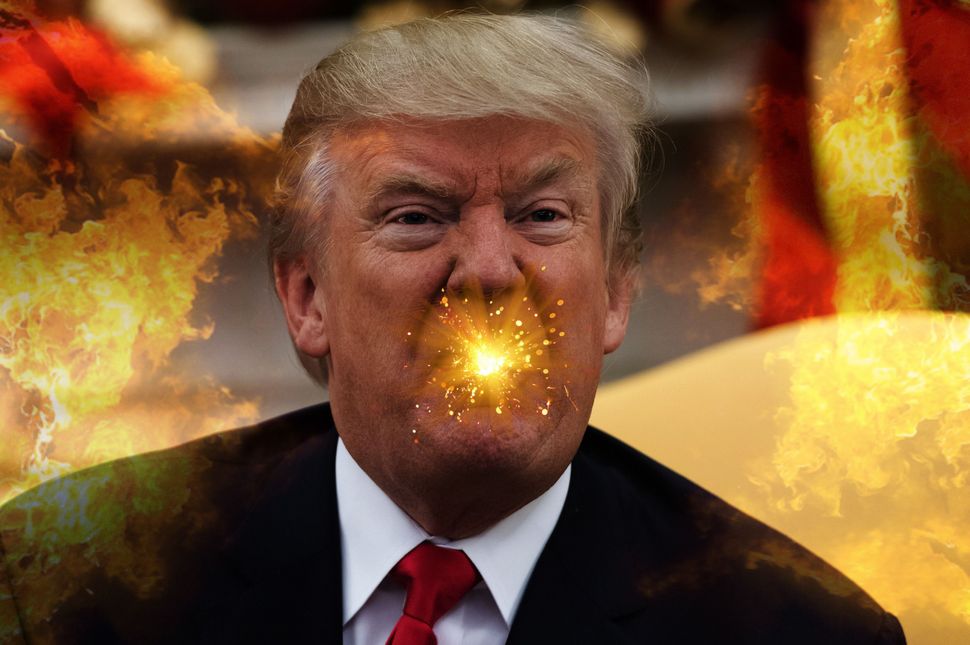 Donald Trump’s remarks about immigration yesterday sparked outrage at home and abroad. At a bipartisan meeting of lawmakers to discuss immigration policy, when speaking on the topic of immigrants from Africa and Haiti, Trump asked, “Why do we want all these people from shithole countries coming here?”

News media around the world then found themselves forced to find translations for Trump’s remarks that conveyed his derision without offending readers and viewers. Taiwan’s Central News Agency translated “shithole countries” as “countries where birds don’t lay eggs.” German media used the word “drecksloch,” which can mean a garbage dump or a hellhole. One Finnish commentator conveyed Trump’s phrase as “asshole countries.”

So how did Israeli media take up the translation challenge?

Most papers — including Haaretz, Maariv and Yedioth Ahronoth — translated “shithole” as “מחורבן”: m’churban, an adjective which roughly translates to lousy, trashy or rotten. The word can have the same modifying role as the word “f—king” in English.

However, the website Arutz 7, which caters largely to Israel’s ultra-Orthodox population, ran a single headline about the incident: “Trump Apologizes For Harsh Remarks About African Countries Where Migrants Come From.”

Early Friday morning, Trump tweeted about the backlash to his profane remark.

The language used by me at the DACA meeting was tough, but this was not the language used. What was really tough was the outlandish proposal made – a big setback for DACA!