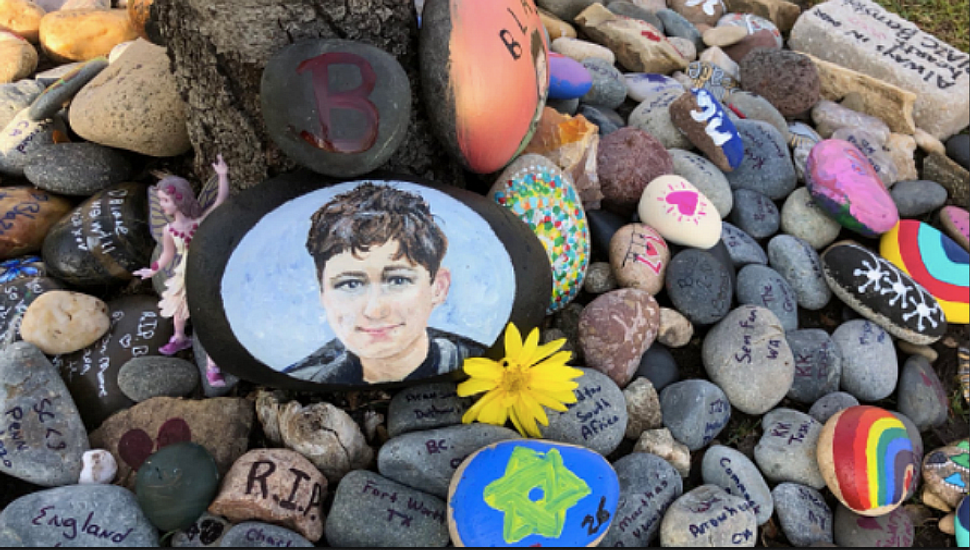 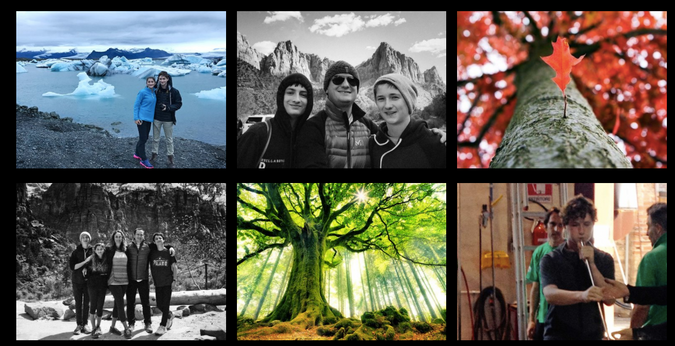 A makeshift memorial to Blaze Bernstein created out of rocks and pebbles has continued to grow as the family of the slain college student called on people to make something positive out of his murder.

Collections of small rocks bearing Bernstein’s name and likeness sit alongside candles in Borrega Park near the spot where the University of Pennsylvania sophomore was killed and left in a shallow grave.

“Let’s be optimistic in a pessimistic world and not wallow in sorrow,” Richard Bernstein, the slain student’s grandfather, wrote in a Facebook post. “There are so many stories to tell of heroism, despair, sorrow and ecstasy…. We will reach out to the heavens, where Blaze is baking bread with the Lord.”

Jeanne Pepper, Bernstein’s mother, shared photos of the stones on Twitter, saying “Your art has touched me.”

Whoever created this, I thank you. Your art has touched me. You are making the world a better place. pic.twitter.com/KOuixcvQK3

One member of a Facebook site devoted to Bernstein’s memory explained that Jews often use rocks and pebbles as a form of remembrance.

Blazebernstein.org, a website set up in his memory, went live yesterday with photos and tributes and ways of giving to charity in his honor.

Bernstein disappeared January 3 after going to the park after midnight with a high school classmate, later identified as Samuel Woodward. He never returned.

Police arrested Woodward, who gave nervous and evasive answers when questioned. He was charged with murder and is being held without bail, pending a court appearance next month. They say DNA evidence ties Woodward to the murder.

Several friends and strangers posted about good deeds they performed in Bernstein’s honor, including one North Carolina woman who said she brought soup to a homeless veteran. Others cited smaller mitzvahs, like giving $2 to a beggar outside a Target store.

Across the country in Philadelphia, a UPenn campus food publication shared memories of Bernstein, who had been preparing to become the managing editor in the spring semester.

Bernstein’s family continued to seek solace in the teen’s achievements during his brief life — and in the outpouring of emotion over his death.

Recalling Bernstein’s skill in technology even as a young child, Richard Bernstein thanked Facebook for creating a global platform to mourn him.

“We thank your community and worldwide communities for this solace to move from hope, to grief, to realization that this ongoing story will continue to spur people and communities to ponder the important things in our brief time on this gorgeous planet,” he wrote.

The couple started a #DoGoodForBlaze movement to inspire good and help protect other children.

“That’s been the inspiration, is the story and trying to turn this into something that could be magical,” Gideon Bernstein told NBC News on “Today.” “This is a story of hope for the future that has come from a tragedy that no one would ever wish on their worst enemy.”

The couple has been overwhelmed by the support the Jewish community has provided — as well as their neighbors in their Los Angeles suburb and total strangers.

“It reminds me that people are good. And people really do care about each other,” Pepper said on “Today.”