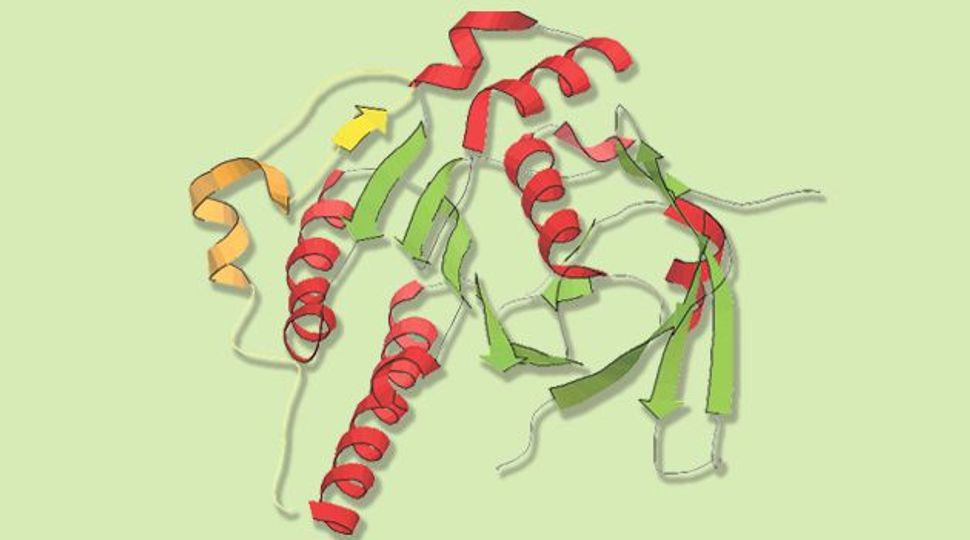 BRCA2: A mutation on a gene associated with breast and ovarian cancer also raises the risk of prostate cancer. Image by Protein Design Bank

The Food and Drug Administration approved AstraZeneca PLC’s Lynparza for patients with inherited BRCA gene mutations who have undergone chemotherapy, the FDA said in a statement. The approval was announced on Friday.

“This class of drugs has been used to treat advanced, BRCA-mutated ovarian cancer and has now shown efficacy in treating certain types of BRCA-mutated breast cancer,” said Dr. Richard Pazdur,   director of the FDA’s Oncology Center of Excellence.

The fast-tracked approval of Lynparza was based on a trial of 302 women with metastatic breast cancer and a BRCA gene mutation. The drug delayed the spread of the cancer for seven months as opposed to four months for women taking chemotherapy only, according to the FDA.

Lynparza will cost $13,886 per month without insurance, the Associated Press reported, citing  AstraZeneca.