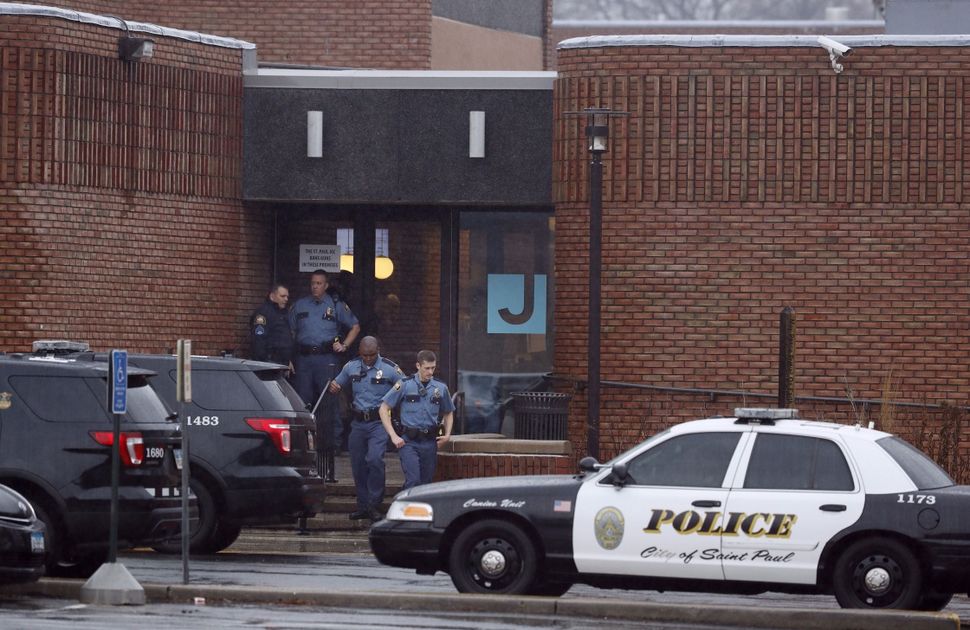 Police stand outside the JCC of St. Paul, Minnesota, after it was evacuated in response to a bomb threat. Image by Facebook/Star Tribune

(JTA) — The FBI has recognized a Jewish community organization for its extraordinary community service.

The FBI announced Thursday that the Jewish Community Relations Council of Minnesota and the Dakotas would receive its 2017 FBI Director’s Community Leadership Award, the Associated Press reported.

The annual award recognizes people or groups that show “extraordinary community service” in areas of civil rights or crime prevention.

The JCRC showed such service in the wake of bomb threats against area Jewish community centers and synagogues, according to the FBI.  The JCRC also works to increase cooperation between law enforcement and minority groups.

The group will be formally recognized at FBI headquarters in April, according to the AP.