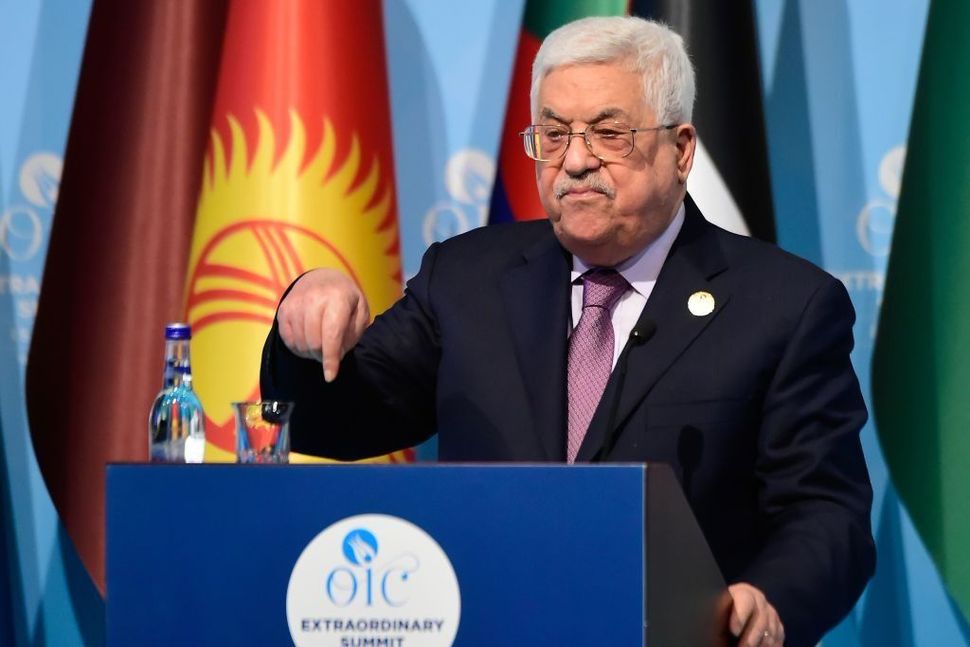 JERUSALEM (JTA) — Palestinian Authority President Mahmoud Abbas denied a Jewish connection to Israel in a speech to the Palestinian leadership.

“Israel is a colonial project that has nothing to do with Jews,” Abbas said during a more than two-hour speech in Ramallah, to a meeting of the Palestine Liberation Organization’s Central Council. The two-day meeting was held to formulate a response to U.S. President Donald Trump’s decision to recognize Jerusalem as Israel’s capital.

Abbas alleged that once there was a state of Israel, its leaders could not convince Jews to immigrate to it. He also said that six million Jews preferred to be killed by the Nazis in Europe rather than leave for Israel.

He also alleged that Israel’s first prime minister, David Ben-Gurion, only grudgingly worked to force Jews in Arab countries to come to Israel after he determined that he could not fill the country with European Jews.

Abbas slammed Trump and vowed to not participate in any negotiations under the auspices of the United States.

“Today is the day that the Oslo Accords end. Israel killed them,” Abbas said. “We are an authority without any authority, and an occupation without any cost. Trump threatens to cut funding to the authority because negotiations have failed. When the hell did negotiations start?!”

Israeli President Reuven Rivlin condemned Abbas remarks in a meeting Monday in Jerusalem with a delegation of AIPAC Board of Directors.