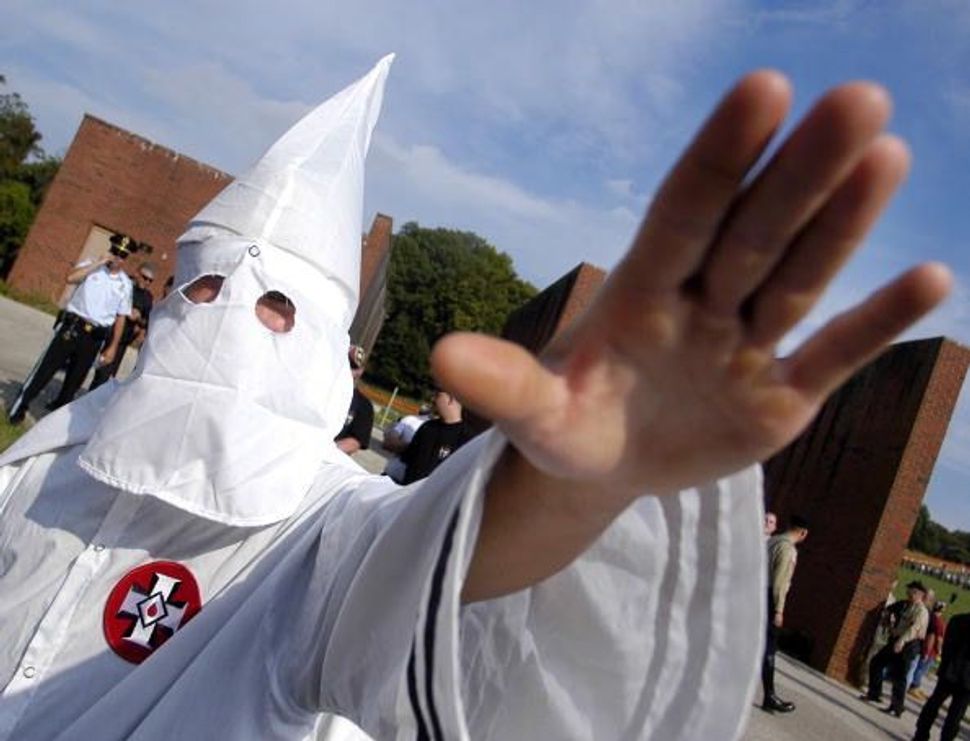 Residents of Leesburg, Virginia, discovered fliers purporting to be distributed by the racist terror group the Ku Klux Klan over the weekend.

“The timing of it we think was pre-emptively planned by this individual or individuals that are doing this, specifically to target this weekend because it’s an upcoming holiday and specifically because it honors the legacy of a great man that once existed,” Leesburg police spokesman Sam Shenouda told WTOP.

Leesburg is named for Thomas Lee, a slaveholder and Virginia governor and the great-grand-uncle of the Confederate general Robert E. Lee, whose birthday is also celebrated on Monday in some Southern states.

At least 10 people had found fliers, the Associated Press reported. Police told news outlets that the fliers appeared to have been distributed randomly.