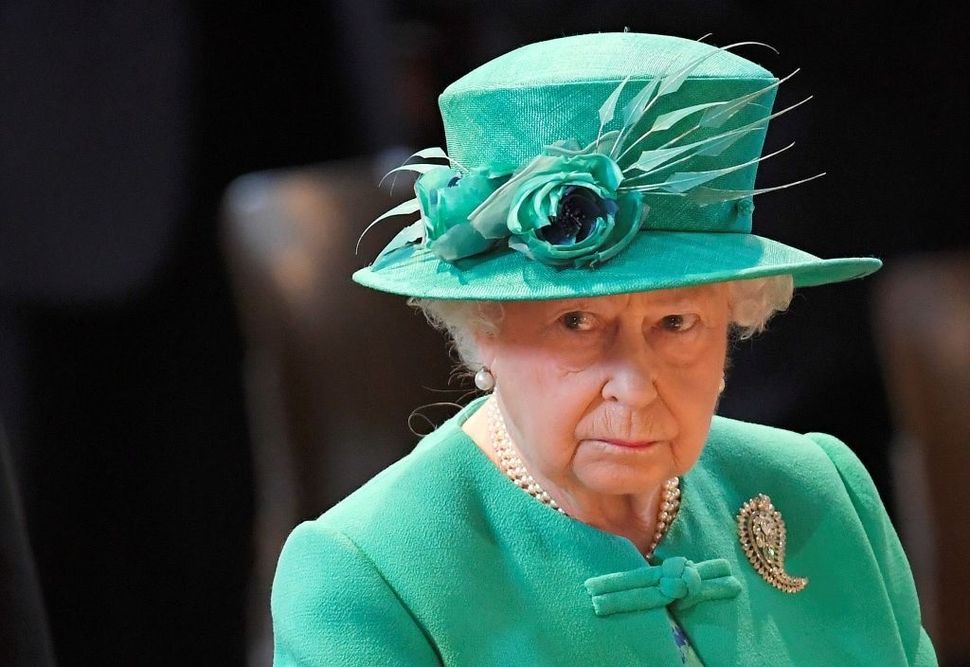 Britain’s Queen Elizabeth II attends a service to mark the Centenary of the Order of the British Empire at St Paul’s Cathedral, London. Image by TOBY MELVILLE/AFP/Getty Images

The official lingerie suppliers to the British royal family have lost their exclusive, 57-year-long royal warrant after its owner wrote a tell-all book about her fittings for Queen Elizabeth II and Princess Diana, among others.

June Kenton, who calls herself “the UK’s leading boobologist” and has run the Rigby & Peller lingerie company since 1982, released an autobiography last year called “Storm in a D Cup,” detailing her work personally fitting royalty and celebrities.

Because of her revelations — including stories about fitting the queen in front of her corgis — the royal family, which tries to guard its privacy, has revoked its business ties with Rigby & Peller.

“I feel hugely sad,” Kenton told the Jewish News. “To have the royal warrant is the most gorgeous thing. It means that you have a certain standard of business, that you are honorable.”

Kenton’s book also claims that Princess Diana sent posters of lingerie-clad models to her children to hang on the walls of their rooms at boarding school.

Kenton sold a majority stake in her company in 2011 for £8 million ($11 million), but still sits on the company’s board. She is a lifetime member of the Women’s International Zionist Organization and has spoken at about her work and her book at Jewish charity events. Rigby & Peller was founded by Jewish immigrants in 1939 and was granted a royal warrant in 1960.