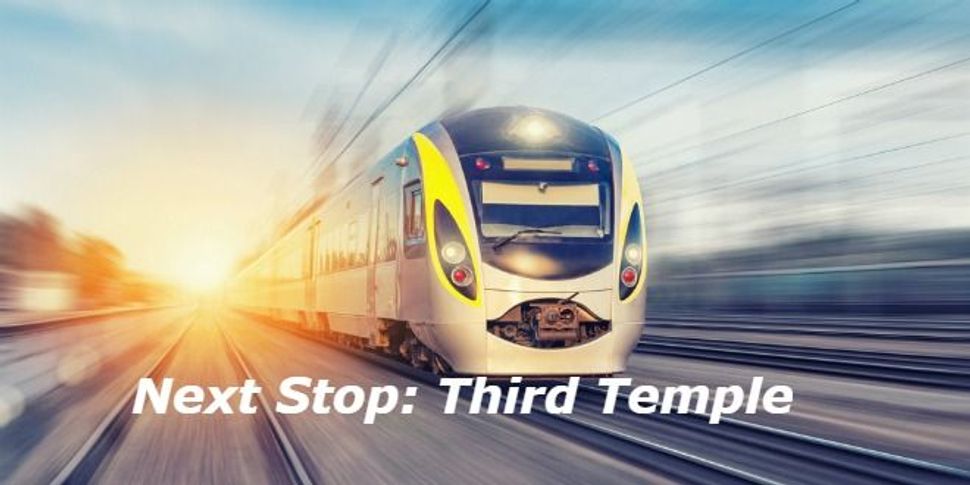 A new high-speed train nearing completion in Jerusalem is being celebrated as a sign that the Messiah is on the way.

Breaking Israel News, a website that caters to prophetically-minded readers, declared that “many esoteric hints indicate the road to the Third Temple will be paved with train tracks.”

There is, the website writes, a “special connection between trains and the Messiah.”

Interviewing a number of mystically-inclinec sources, the website employed Gematria, the Kabbalistic study of numerology and words, to bolster their point.

The Third Temple is an important concept in Jewish eschatology in which its construction is to be fulfilled prior to, or during, the Messianic age.

And a rabbi named Matityahu Glazerson, who Breaking Israel News called an “expert in Bible codes,” said that he found a clue in the book of Genesis which also elevated the new high-speed train. “Rabbi Glazerson did a search with gap of 70 between letters since Israel recently celebrated its 70th anniversary. In close proximity, he found the words Tel aviv, Jerusalem, ‘rakevet’ (train), and the Hebrew letters designating this year, 5778,” the website wrote.

Breaking Israel News is a religious website that says it covers news from a “biblical perspective.” Subsections on the website include “prophecy” and “end of days.” The site has posted articles about how President Trump’s election was also prophesied in the Torah and regularly covers the broader Temple Mount movement, where some advocate for the re-building of the Jewish Temple at the center of Jerusalem’s Old City.