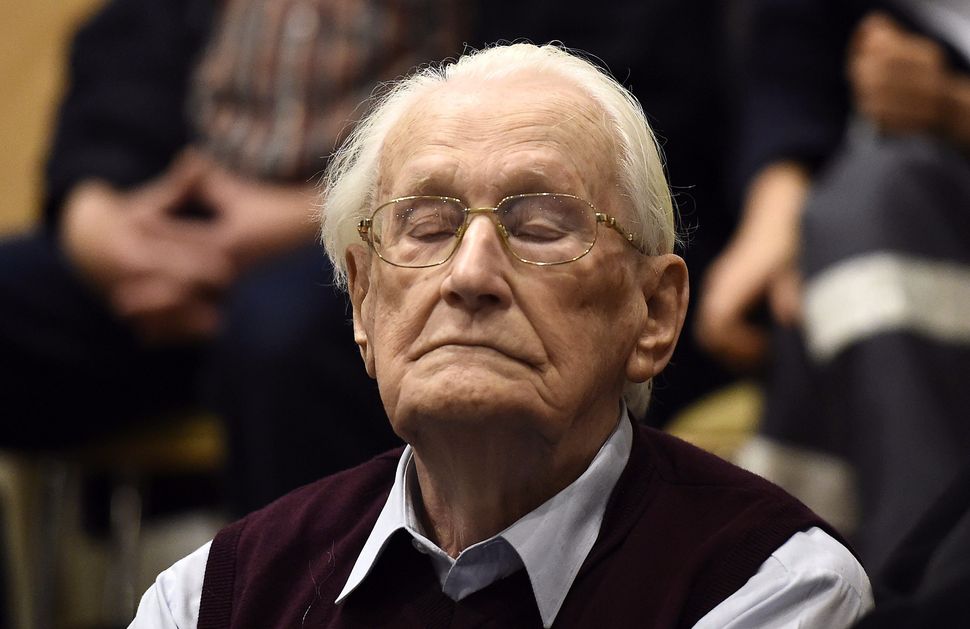 (JTA) — A plea for clemency filed by a 96-year-old former Auschwitz guard ordered by Germany’s highest court to serve his prison sentence for his role in the murder of 300,000 Hungarian Jews has been denied.

“The clemency request has been denied,” Wiebke Bethke, a spokeswoman for the prosecutors’ office in Lüneburg told news agency epd.

Groening could still appeal his clemency request to the Justice Ministry of Lower Saxony, the northern German state where his 2015 trial took place, German public broadcaster Deutsche Welle reported. He is expected to go to prison by the end of the month.

Groening, known as the “bookkeeper of Auschwitz,” was convicted and sentenced in July 2015 to four years in jail for his role in the murder of 300,000 Hungarian Jews at the concentration camp in Nazi-occupied Poland. A federal appeals court rejected his appeal a year ago. He had remained free while waiting for a determination of his fitness to serve time in prison after requesting that the sentence be suspended.

Germany’s constitutional court, the country’s highest court, last month rejected Groening’s appeal, ruling that he could receive appropriate health care in prison, and that his jail sentence could be “interrupted” should there be a change in the nonagenarian’s health.