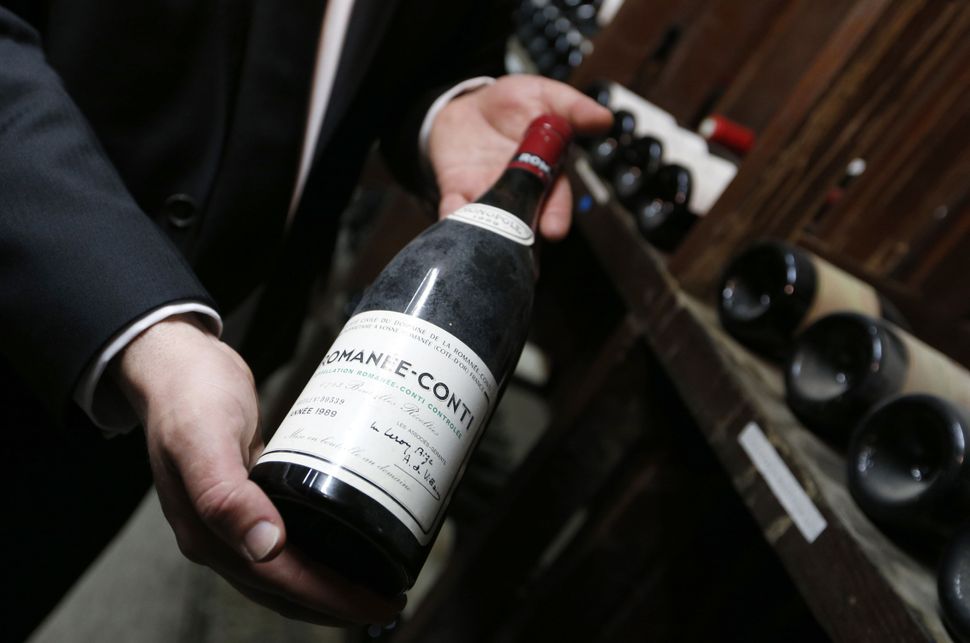 A bottle of Domaine de la Romanée-Conti, the most expensive wine in the world. David Solomon kept several in his cellar. Image by Getty

David M. Solomon, co-president at Goldman Sachs, famously dines out more than most restaurant critics, and is known for bringing his own hand-picked bottles from his cellar, which contains wine worth millions of dollars.

But an unsealed indictment has revealed that Solomon trusted the wrong man with managing his cellar. The New York Times reported that Solomon’s assistant, Nicholas De-Meyer, was charged with stealing over $1.2 million worth of wine from Solomon’s prized collection.

De-Meyer, 40, was arrested in Los Angeles Tuesday evening and faces up to 10 years in prison for carrying stolen goods across state lines.

According to the indictment, De-Meyer would siphon off bottles shipped to Solomon’s palatial apartment on Manhattan’s Upper West Side that should have ended up in Solomon’s cellar in the Hamptons. Using the alias Mark Miller, De-Meyer would sell the bottles to a middle-man who would take them directly from the apartment.

De-Meyer managed to sell seven bottles of Domaine de la Romanée-Conti, a French pinot noir considered the most expensive wine in the world and described as “liquid velvet.” Solomon had bought the seven bottles for $133,650. It’s unclear how much De-Meyer sold them for, or how many total bottles he took.