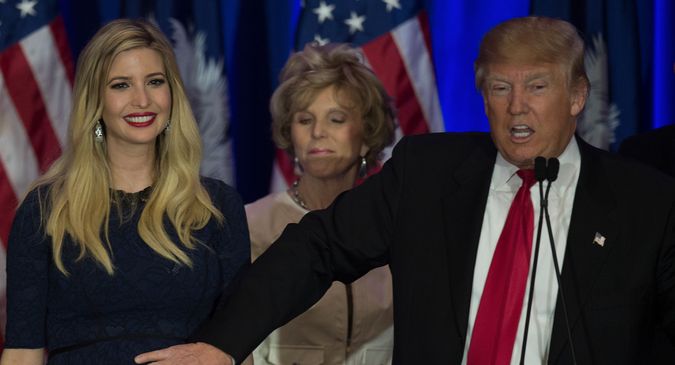 Is Ivanka Trump a “spitting image” of her father, just “without a lot of the the flash and style”?

This, at least, is the impression of New York Times White House reporter Maggie Haberman, who discussed the first daughter on a podcast hosted by Katie Couric.

Haberman’s take on Ivanka Trump is that while she may have entered the White House as a “somewhat resentful daughter,” she has since evolved into a clone of her father in some essential ways. She and her father, according to Haberman, share “a very similar set of grievances.” These are directed at Washington, the media and the world for not welcoming Trump and not recognizing that Trump has “got a genius” and has intuitive understanding that other people lack.

“This is not the life that they wanted, and none of this is what they thought was going to happen,” Haberman said in the podcast. “Like him, she believed they would walk in and be treated sort of differentially, and she’s been a little surprised at how D.C. really is.”