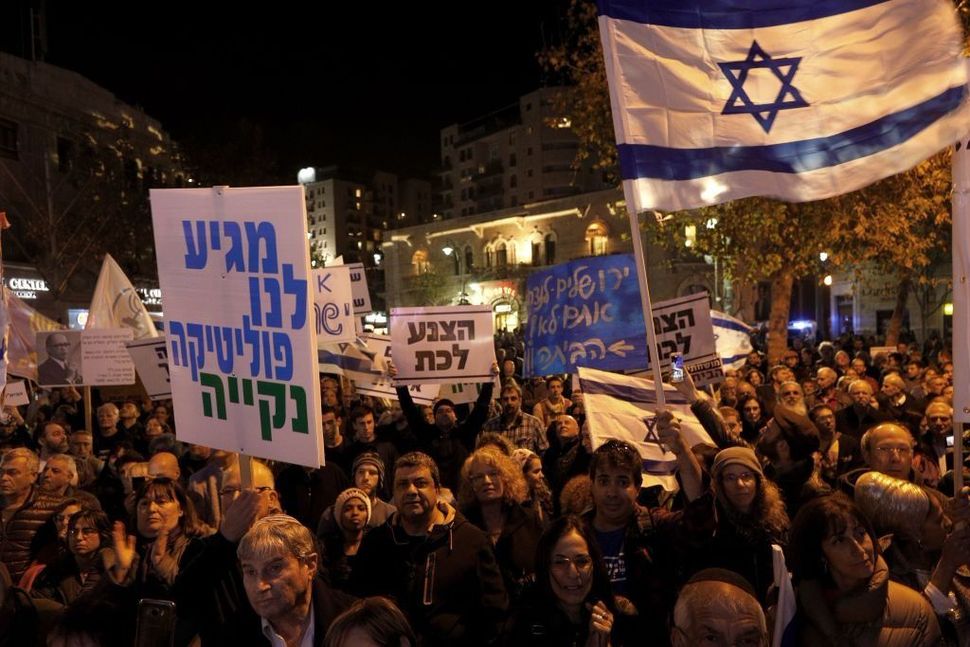 The incident occurred on Saturday night outside of a synagogue in Petah Tikvah near Mandelblit’s home. The worshippers had stepped outside of the synagogue to participate in the prayers that bless the new moon and Mandelblit joined them to recite the Kaddish.

The protesters, who have participated for over a year in weekly demonstrations outside the attorney general’s home to urge him to prosecute Prime Minister Benjamin Netanyahu for corruption in at least two investigations against him, spotted Mandelblit outside of the synagogue and started shouting at him.

Security arrived to help Mandelblit, though his wife reportedly took him home. Organizers of the weekly protests distanced themselves from the incident, saying it was not part of the official protest.

“The lines of legitimate protest have been crossed recently. Harassment during Shabbat—and at the attorney general’s synagogue, no less—is violent thuggery and denigrating behavior,” she said.