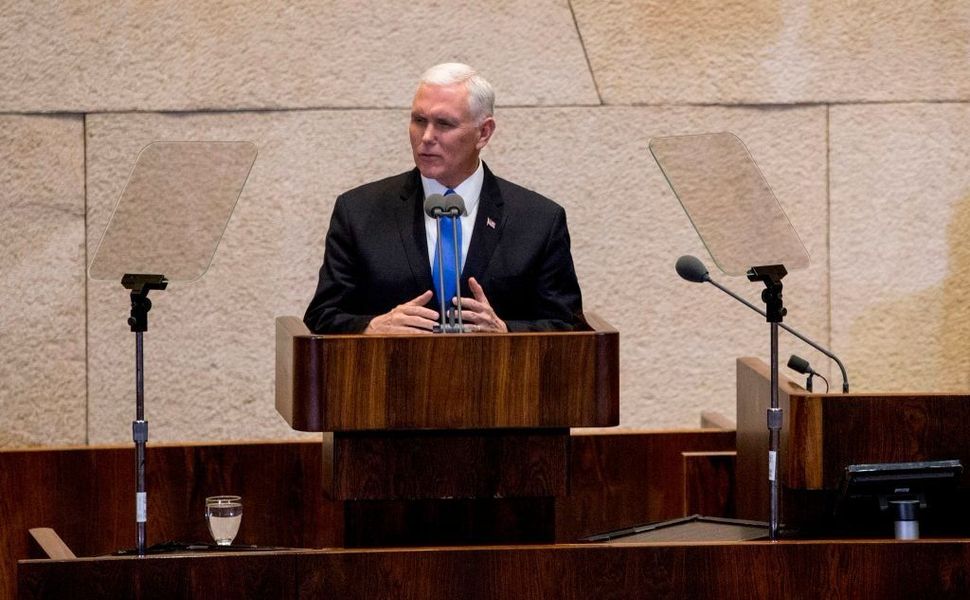 Vice President Mike Pence recited the Shehecheyanu, a Jewish prayer thanking God on a special occasion, in his speech to the Knesset in Israel on Monday.

Pence’s speech noted that Israel will mark the 70th anniversary of its independence later this year. “As you prepare to commemorate this historic milestone, I say, along with the good people of Israel, here and around the world: Shehecheyanu, v’kiyimanu, v’higiyanu la’z’man ha’zeh,” he said.

Pence’s use of the prayer earned him a standing ovation.

Pence also pledged in his speech that the United States would move its embassy from Tel Aviv to Jerusalem by the end of 2019 — an earlier timeframe than was anticipated.

Although the beginning of Pence’s speech was marred by protests and walkouts from Arab-Israeli members of Knesset who were eventually removed by security, the rest of the address was largely positively received.