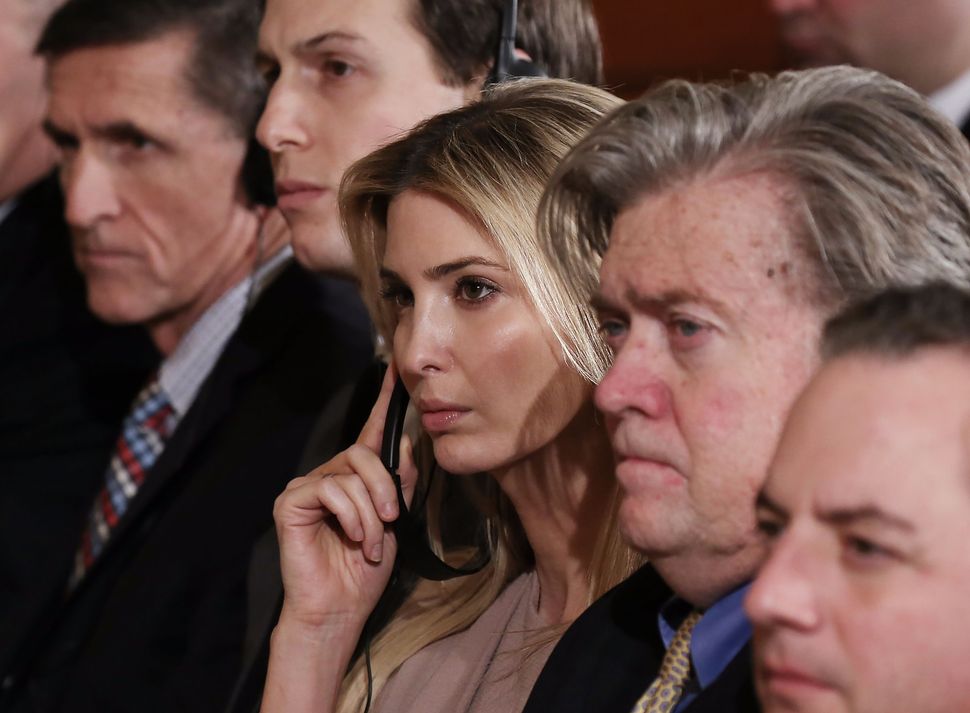 Only a few weeks after Michael Wolff’s book “Fire and Fury” ignited Washington with allegations of mismanagement and backstabbing in the Trump White House, a new book promises to reveal even more inside information — including new details about the fights between chief strategist Steve Bannon and senior advisor/daughter Ivanka Trump.

“Defiance Disorder,” by Fox News host Howard Kurtz, hits stores next week. Like “Fire and Fury,” it portrays itself as a fly-on-the-wall chronicle of the chaotic first year of the Trump Administration.

According to The Washington Post, which obtained excerpts from the book, “Defiance Disorder” portrays Bannon as being publicly dismissive of Ivanka Trump’s White House role.

“My daughter loves me as a dad,” Bannon told Ivanka Trump, according to Kurtz. “You love your dad. I get that. But you’re just another staffer who doesn’t know what you’re doing.”

In another passage depicting an Oval Office meeting, Bannon blamed Ivanka Trump for a leak in front of her father — and the president took his side. “Baby, I think Steve’s right here,” Trump allegedly said.

A White House official told the Post that that excerpt was not accurate: “The past three weeks have made very clear who the leakers are” — a likely reference to Bannon, who was publicly excommunicated from the Trump sphere for his forthcomingness to Wolff.