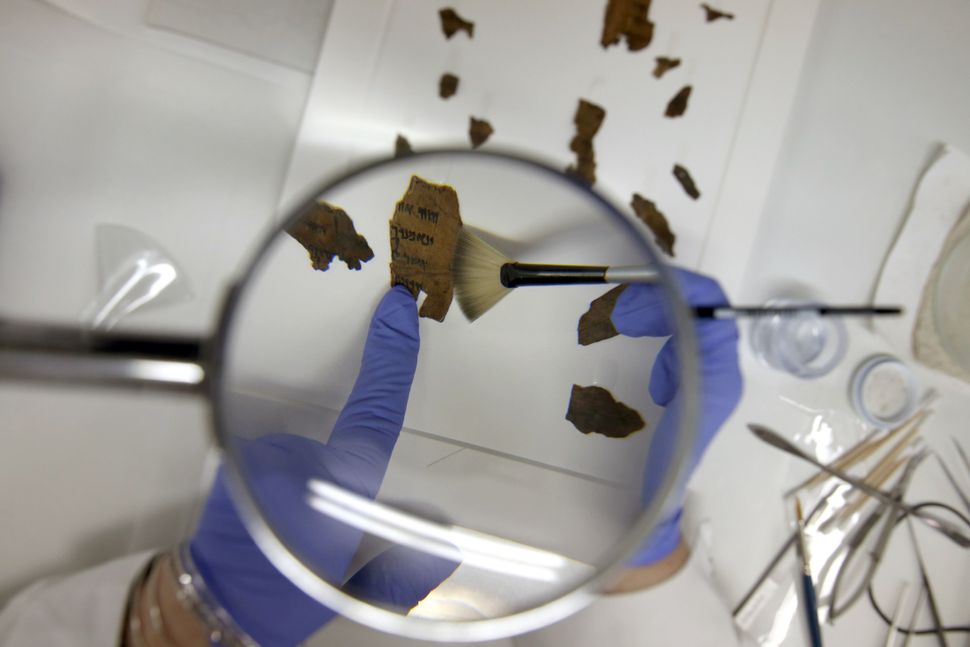 Some of the last remaining obscure fragments of the Dead Sea Scrolls have been decoded — and it looks like the original author made a mistake, the BBC reported.

Israeli researchers at Haifa University worked more than a year to piece together small fragments of what is considered the oldest copy of the bible ever found. It was discovered in Israel, in the caves of Qumran, in 1947.

These fragments, some smaller than a square centimeter, detailed special events celebrated by the Esseans, the mysterious Jewish cult that created the scrolls and lived in the desert south of Jerusalem. One of the events discovered was called “tekufah,” meaning “period” in Hebrew, which marked the change of the seasons.

The researchers were able to make the translations with help from annotations on the original scrolls, apparently made by a scribe correcting the scrolls’ author.

“What’s nice is that these comments were hints that helped me figure out the puzzle – they showed me how to assemble the scroll,” Dr. Eshbal Ratzon told Haaretz.