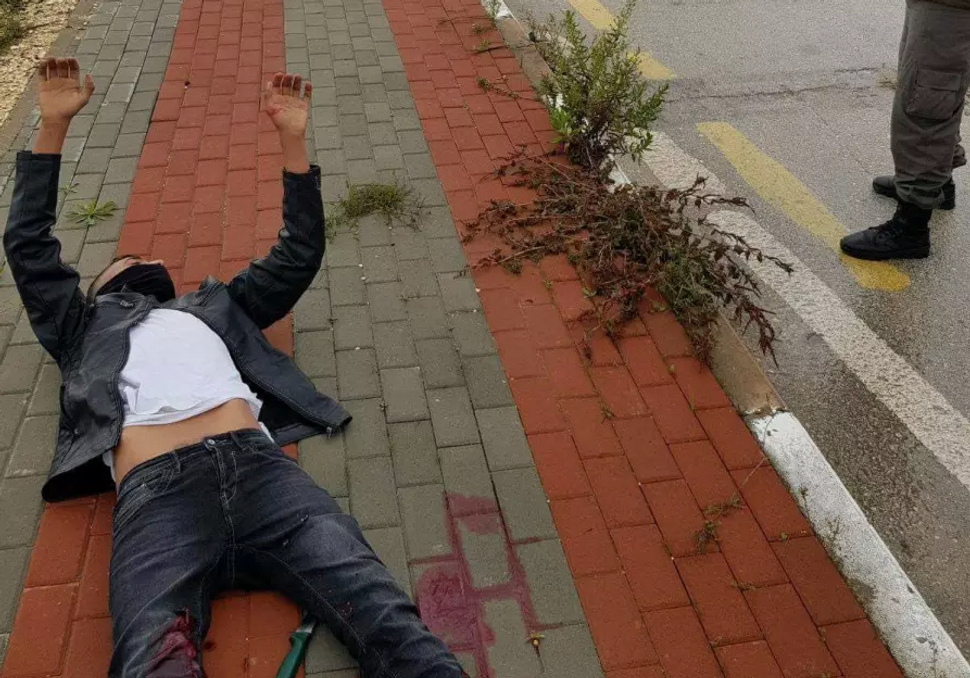 An attempted stabbing attack was stopped by Israeli border police at the Tapuach junction in the West Bank. Image by Israel Border Police

JERUSALEM (JTA) — Two Palestinian teens were wounded in their legs after they attempted to stab Israeli security forces at a West Bank junction.

Border Police at an observation point near the Tapuach junction on Tuesday saw the teens approaching a bus shelter at the traffic circle. They called on the teens to stop and after they refused shot into the air, according to the Border Police.

One of the teens then drew a knife and rushed at soldiers stationed near the bus shelter. The soldier shot at their legs, halting them.

The teens were arrested and taken to a hospital in Israel for treatment.

On Monday, Border Police arrested a Palestinian man in Hebron in the West Bank after finding a knife hidden under his clothes at security checkpoint at the entrance to the Cave of the Patriarchs.

The Border Police said that an initial investigation determined that the man planned to carry out a stabbing attack at the site. It is the fifth time in the last two months that Palestinians carrying knives have been detained at the site.