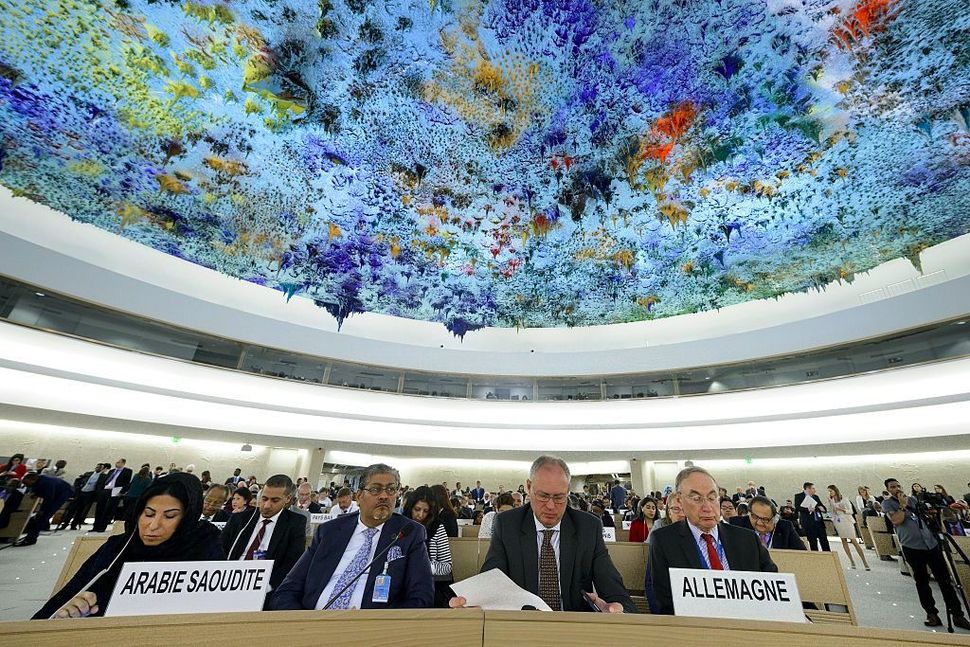 GENEVA (Reuters) – Israel accused the United Nations on Tuesday of continuous discrimination against it over its treatment of Palestinians, and called for reforms of the U.N. human rights body.

Aviva Raz Shechter, Israel’s ambassador to the United Nations in Geneva, told the Human Rights Council that her country had always stood up for human rights.

“It has done so while facing serious threats to its security, and while needing to integrate diverse communities and religious groups,” Raz Shechter told the Geneva forum.

The Council has taken a strong position against Israel’s occupation of territory seized in the 1967 Middle East war, its treatment of Palestinians there and its building of Jewish settlements.

An “unparalleled number of one-sided biased and political resolutions adopted regularly by the automatic majority of its members testify not only to the unfair treatment of the State of Israel, but also to the deficiencies of the Council itself and its agenda,” Raz Shechter said.

Dima Asfour of Palestine’s delegation called on Israel to “end the illegal blockade of Gaza, investigate all allegations of war crimes and crimes against humanity committed during its military aggressions in Gaza and provide full reparation.”

Washington says the Council is stacked with opponents of Israel and U.S. ambassador Nikki Haley told the Council last June that the United States was reviewing its participation given what it sees as its “chronic anti-Israel bias.”