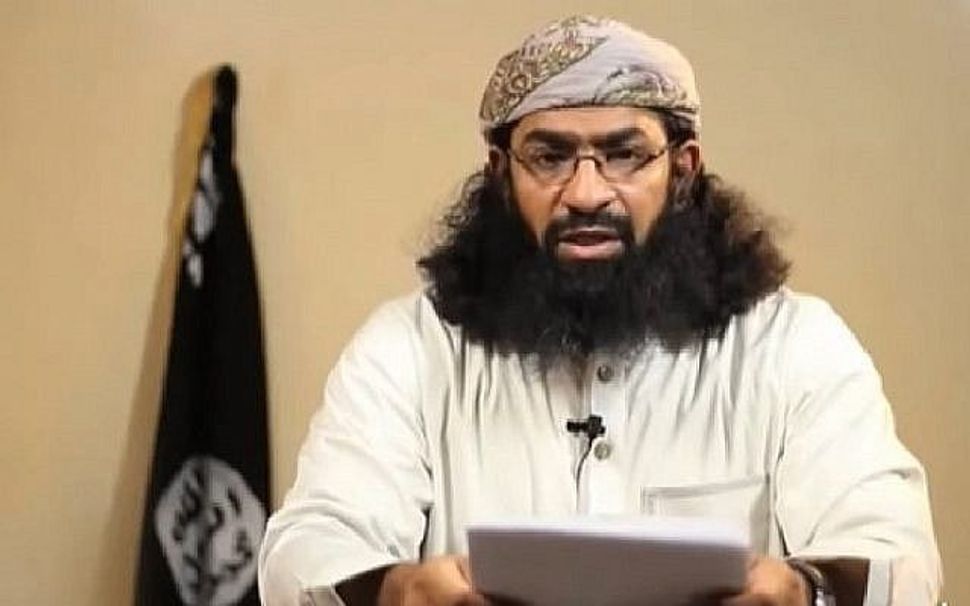 Khalid Batarfi, a senior figure with Al-Qaida in the Arabian Peninsula. Image by YouTube

(JTA) — A senior al-Qaida leader was placed on the U.S. State Department’s list of global terrorists a day after he called on Muslims to “attack the Jews and the Americans everywhere” in response to the Trump administration’s decision to recognize Jerusalem as Israel’s capital.

According to the State Department announcement Tuesday regarding Khalid Batarfi, “This designation seeks to deny Batarfi the resources he needs to plan and carry out further terrorist attacks.” Among the consequences of the designation, “all of Batarfi’s property and interests in property subject to U.S. jurisdiction are blocked, and U.S. persons are generally prohibited from engaging in any transactions with him.”

In an 18-minute video released Monday by al-Qaida, Batarfi said the U.S. decision on Jerusalem was “a declaration of a new Jewish-Crusader war” and that every Muslim had a duty to “liberate” the holy city, the SITE Intelligence monitoring group reported.

“No Muslim has the right to cede Jerusalem no matter what happens,” said Batarfi, who called on Muslims to “rise and attack the Jews and the Americans everywhere.”

He called for stabbing and car-ramming attacks against Jews in Israel.

Batarfi was the top commander for al-Qaida in the Arabian Peninsula, or AQAP, in Abyan Governate, Yemen. In April 2015, Batarfi was released from a Yemeni prison in an attack by AQAP militants.