What Role Did Finland Play In The Holocaust? 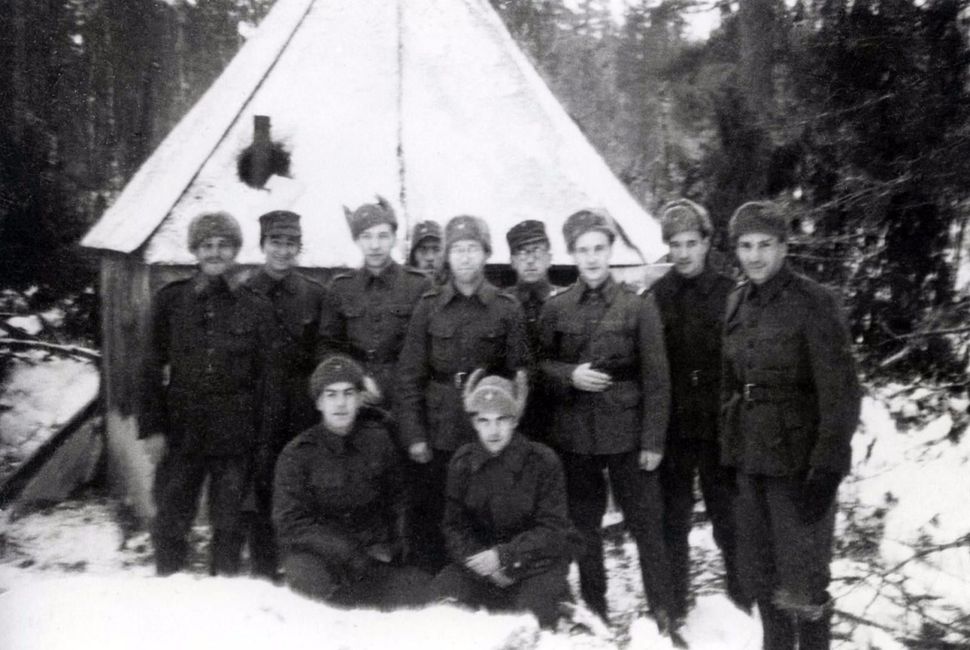 Finnish Jewish soldiers outside a field synagogue during Finland’s hostilities with the Soviet Union during World War II. Image by Wikimedia

(JTA) — Finland will investigate evidence suggesting that soldiers of its army were involved in killing Jews during the Holocaust, the office of Finnish President Sauli Niinistö said.

The announcement about the initiation of the probe, the first of its kind in Finland, came Wednesday in a letter to Efraim Zuroff, a hunter of Nazis for the Simon Wiesenthal Center. Earlier this month Zuroff urged Niinistö to set up an inquiry following the discovery of a written testimony by a Finnish Waffen-SS officer who said he actively participated in the mass murder of Jews in Ukraine.

The Finnish government will, in response to the recent concerns, fund a further independent survey of the operations of the Finnish Volunteers Battalion of the Waffen-SS and particularly examine its operations in Ukraine,” Hiski Haukkala, the secretary general chief of the cabinet of the president of the Republic of Finland, wrote to Zuroff. “Should any criminal activities be uncovered they will be followed by due process,” he added.

Zuroff told JTA the probe will be “an important development” that is part of a broader process in Scandinavia, where Denmark and Norway acknowledged their troops’ roles in actively killing Jews only in 2014 and 2013, respectively.

The testimony suggesting active complicity in the Holocaust by at least six Finnish soldiers was discovered and flagged by Andre Swanström, the chairman of the Finnish Society of Church History.

Swanström quoted a letter by Finnish SS soldier Olavi Kustaa Aadolf Karpo to officer and military pastor Ensio Pihkala, in which Karpo laments how he and his comrades were utilized for shooting Jews, when “for the execution of Jews less skilled personnel would have sufficed.”

What Role Did Finland Play In The Holocaust?