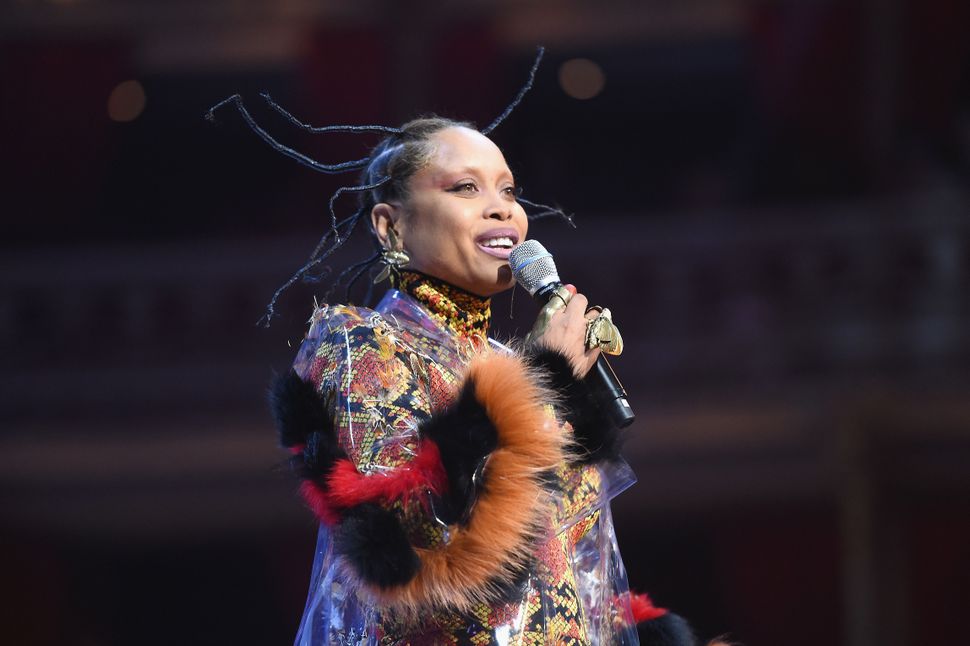 Singer Erykah Badu prides herself of being able to see something good in everyone, even the worst of people.

“I saw something good in Hitler,” she said in a recent interview with Vulture. What exactly was that positive something she found about Adolf Hitler?

“Hitler was a wonderful painter,” Badu added. (She relented this point when pressed by her interviewer.)

Badu explained that she can feel empathy to Hitler because “he had a terrible childhood,” and said she could even imagine that if her daughter was treated poorly growing up “what that could spawn.”

The singer also shares some of her empathy with comedian Bill Cosby who was accused of multiple sexual attacks. “Sick people do evil things; hurt people hurt people,” she said.

While some critics feel Hitler’s art work showed signs of modest talent, none have ever claimed he was a “wonderful painter.”