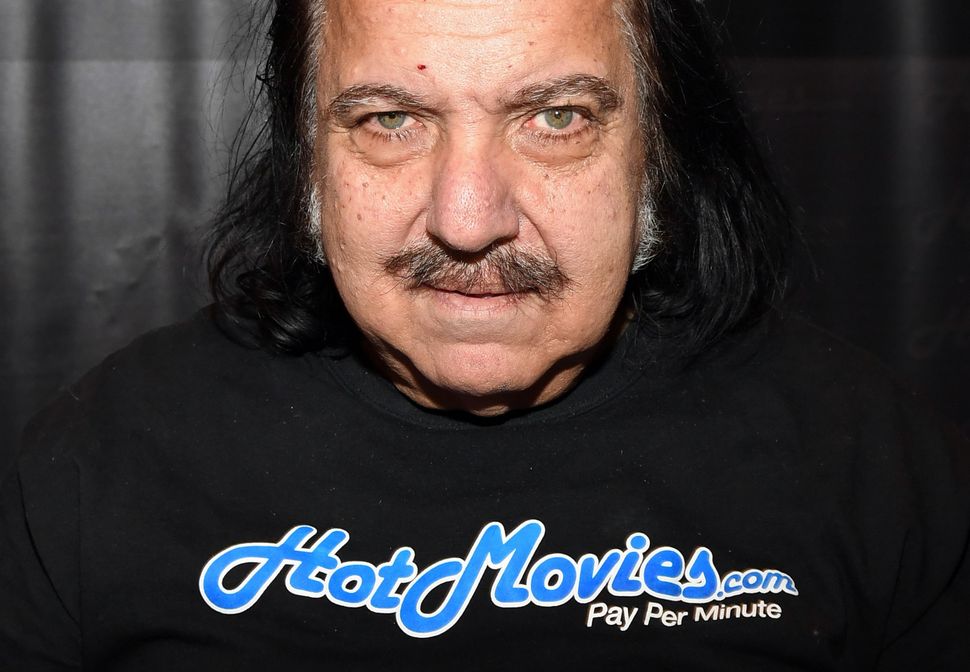 Ron Jeremy at the 2017 AVN Awards. Image by AFP/Getty Images

Ron Jeremy, an adult film legend who is plagued by allegations of rape and sexual assault, was banned from attending the 2018 AVN Entertainment Expo Awards, the Blast reported.

The awards are considered the Oscars of pornography, and they are the centerpiece of a weekend expo in Las Vegas.

Representatives for the awards said that Jeremy had violated their code of conduct after allegedly admitting to sexual misconduct in the pages of Rolling Stone. Jeremy has denied all of the charges of rape and sexual assault levied against him.

“I get paid to show up to these shows, events, and photo shoots and touch the people and they touch me,” Jeremy said in his statement to Rolling Stone. “This is what I do for a living. I am not Kevin Spacey, Louis CK, Weinstein, or Cosby.

“He doesn’t hear no,” former performer Jennifer Steele told Rolling Stone. She has accused Jeremy of raping her twice in 1997. “He just kinda keeps going and pretends like you didn’t say anything.”

Jeremy told the Blast that this was the first time in 38 years that he would not attend the AVN Awards.