Judge To Larry Nassar: ‘I Just Signed Your Death Warrant’ 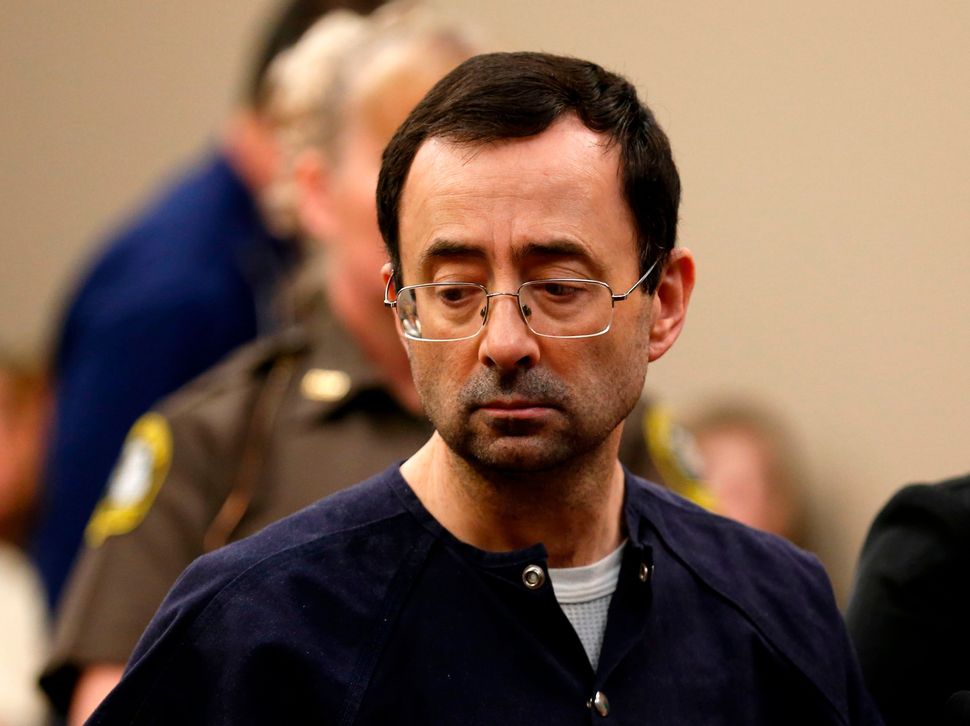 Larry Nassar, the former doctor of the U.S. Olympic gymnastics team, was sentenced to between 40 and 175 years in prison Wednesday, the New York Times reported. Nassar was convicted of multiple sex crimes and accused by prominent gymnasts, like Aly Raisman and Simone Biles, of sexual abuse.

His seven-day trial saw 156 women testify in front of Nassar about suffering sexual assault and abuse at his hands.

Nassar was given a chance to speak in front the court before the end of his hearing.

“Your words these past several days have had a significant effect on myself and have shaken me to my core,” he said as some of his former victims sobbed in the courtroom. “I will carry your words with me for the rest of my days.”

Before passing the sentence, Aquilina read a letter Nassar sent the court last week asking the state for lenience. The letter included the line, “Hell hath no fury like a woman scorned.”

“This letter tells me you have not yet owned what you did,” Aquilina said. “You still think somehow you are right, you’re a doctor, that you’re entitled, so you don’t have to listen. That you did ‘treatment.’ I wouldn’t send my dogs to you, sir.”

Judge To Larry Nassar: ‘I Just Signed Your Death Warrant’