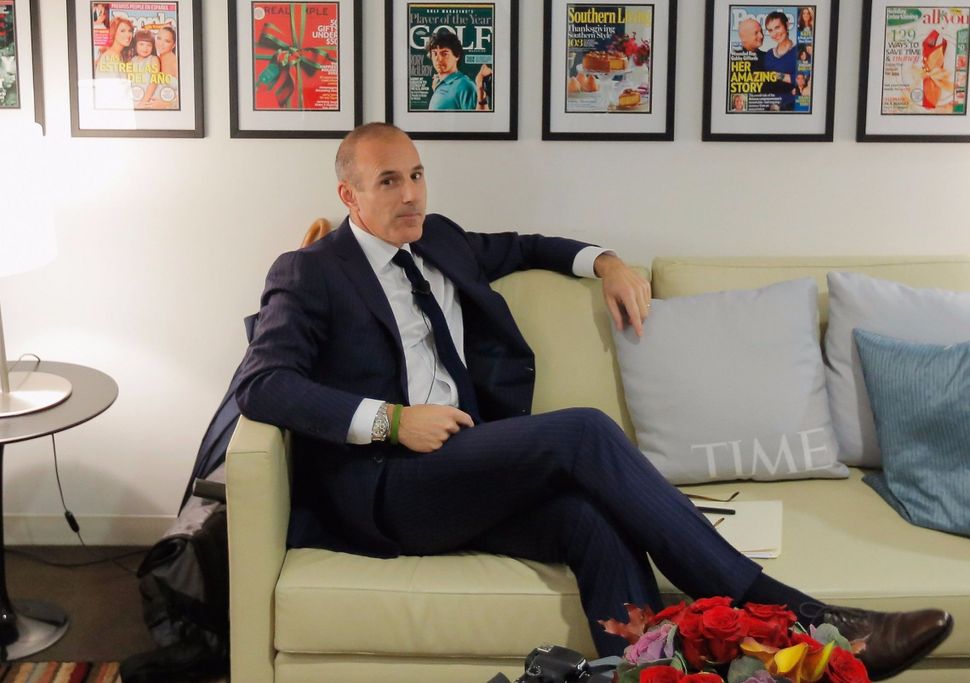 When reporters from the New York Times were calling the executives of NBC about the “culture” of the Today Show, the executives asked Matt Lauer if there was anything they should know.

“I am racking my brains, but I can’t think of anything,” Lauer responded, according to a report in Page Six.

Less than two weeks later, Lauer was fired for sexual misconduct, including harassment of Today Show staffers and inappropriate relationships with junior staff. Lauer reportedly fought for his job, despite the mounting evidence against him.

“Genuinely, nobody at NBC News had any idea at this stage that he was preying on younger staffers at ‘Today,’” said one source inside NBC. “Nobody knew what Matt was doing with the interns and junior producers. It was appalling.”

The day before his firing Lauer was reportedly “in stitches” during what would be his last “Today” show broadcast. He was formally fired in a visit from NBC Chairman Andy Lack, who was reportedly “furious” with Lauer for his affairs with young staffers. Lauer reportedly had been “unapologetic” in initial meetings with with NBC executives about his conduct, but was more subdued in his final meeting with Lack.

Lauer’s co-stars were finally informed of his firing at 4 a.m. November 29, as they were driving to NBC studios to film that morning’s “Today” broadcast.