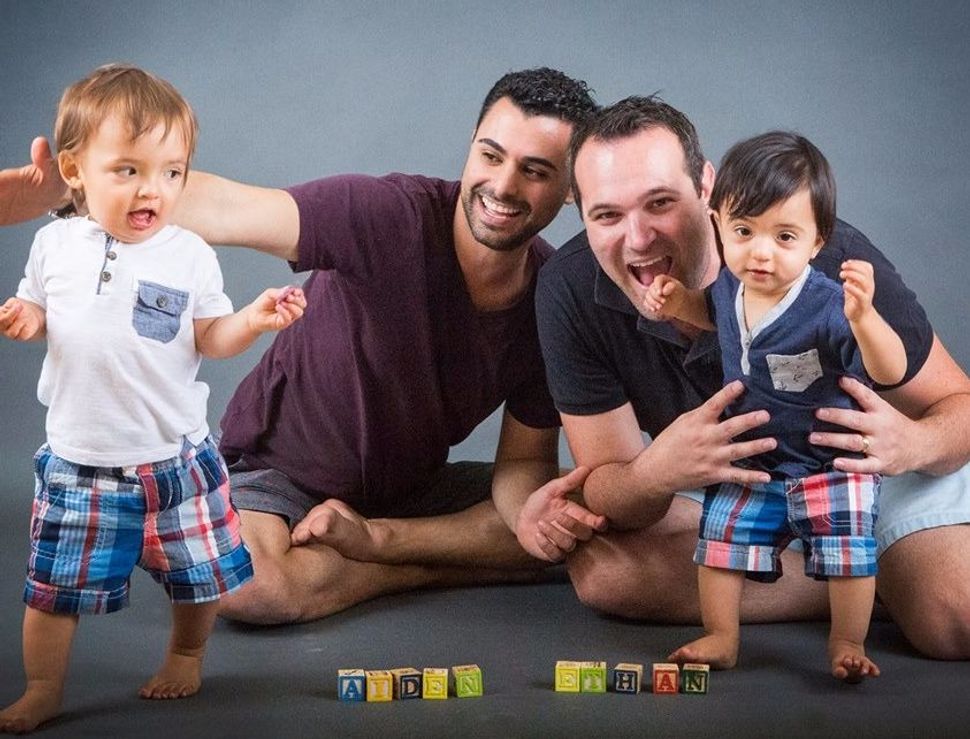 Elad and Andrew Dvash-Banks with their twin sons, Ethan and Aiden. Image by facebook

Ethan Dvash-Banks is just 16 months old, but he’s already suing the U.S. State Department, the Chicago Tribune reported. He was denied U.S. citizenship — even when his twin brother Aiden was granted it.

Ethan’s biological father, Elad, is Israeli, and his twin brother’s biological father, Andrew, is American. The two were both born as twins to a surrogate mother with donor eggs. The Dvash-Banks and advocates say the couple was discriminated against because they are a same sex couple.

“If a mother and father walk into a consulate and have a marriage certificate and birth certificate, they’re never asked any questions about the biology of the child,” said Aaron Morris, executive director of Immigration Equality. “But the converse is also true and every same-sex couple will be asked that.”

When Elad and Andrew Dvash-Banks applied for citizenship for their infant sons, the State Department representative interviewing them asked for DNA evidence that Ethan and Aiden were twins.

“I started crying,” Andrew Dvash-Banks said. “These are twins, how can you differentiate between them? They were born minutes apart.”

After the DNA samples were submitted, only Aiden — whose biological father is a U.S. citizen — received a passport. The whole family is currently living in Los Angeles. Ethan’s passport visa expired last month.