Most Americans Support Abortion — And Jews Are Among The Most Supportive 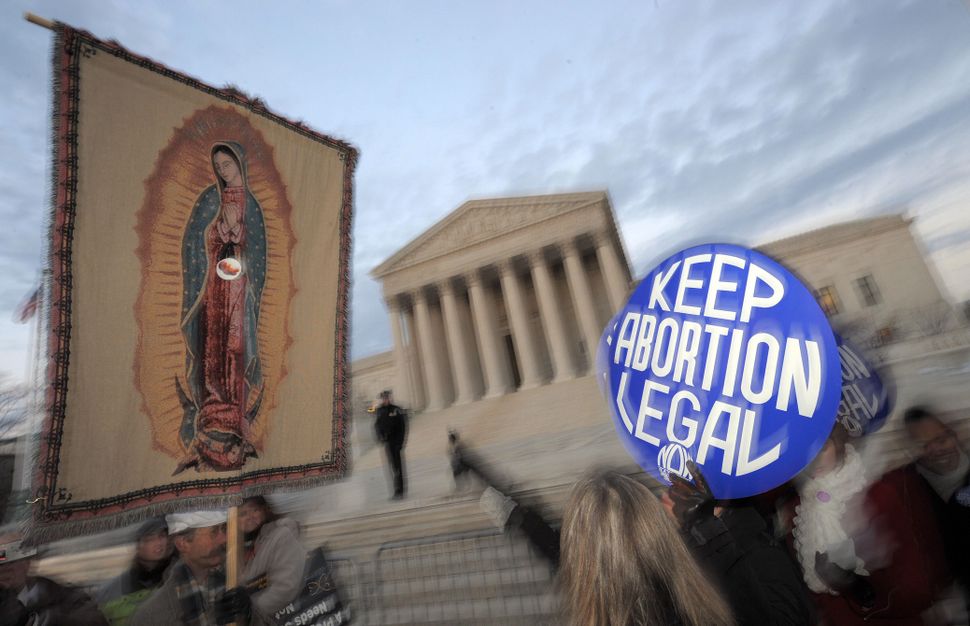 Most Americans support legal abortion — but religious groups vary widely on their views of the procedure, according to two separate Pew surveys.

American Jews are more supportive than the general population.

A 2017 Pew Research Center survey found that 57 percent of Americans are supportive of legal abortion — with 40 percent saying abortion should be illegal in all or most cases. 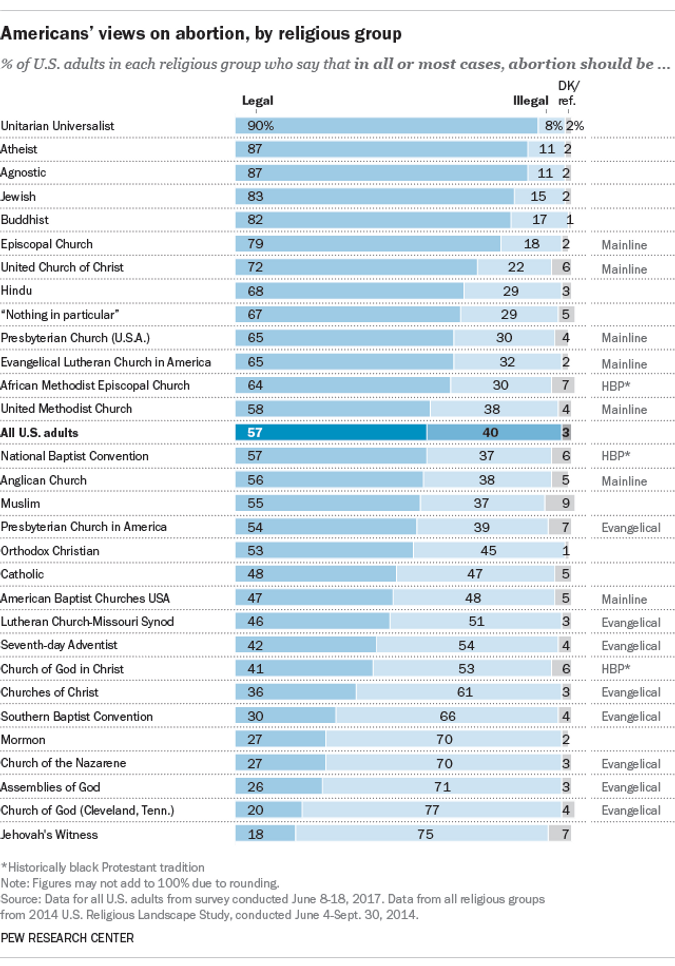 American Jews are among the religious group most supportive — with 83 percent saying they support legal abortion, according to 2014 polling; the only groups that were more supportive was Unitarian Universalists, atheists and agnostics.. On the other end of the spectrum, 75 percent of Jehovah’s Witnesses — and 70 percent of Mormons — say abortion should be illegal in all or most cases.

Groups’ views on abortion often mirror the official policy of their denomination or religion, according to Pew. For example the main Mormon organization, the Church of Jesus Christ of Latter-day Saints, officially opposes abortion. Reform and Conservative Judaism — the two largest American denominations — both officially support abortion rights.

Most Americans Support Abortion — And Jews Are Among The Most Supportive