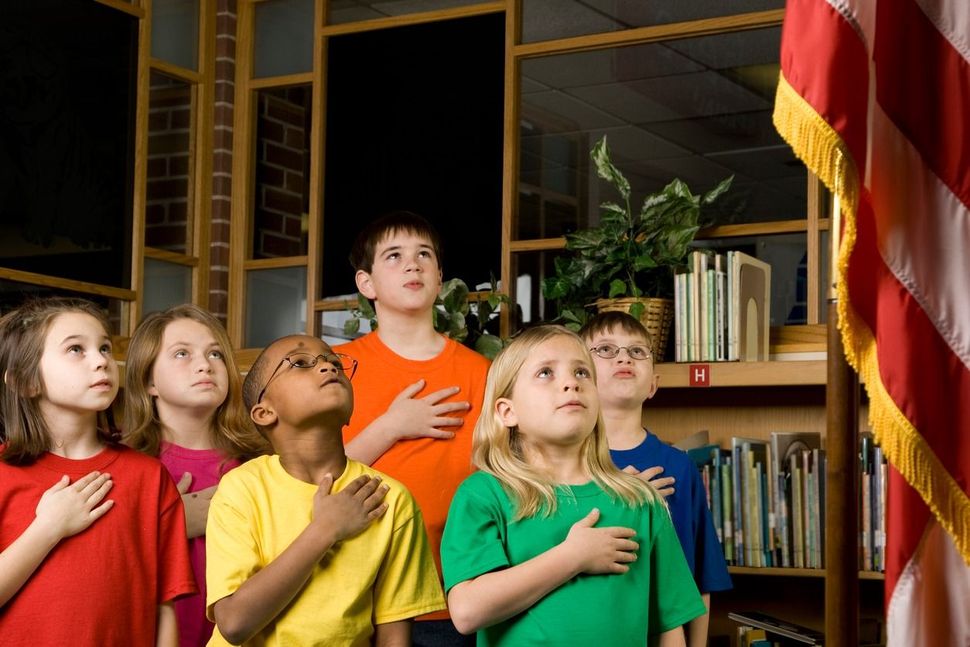 A bill to put the phrase “In God We Trust” in a “conspicuous place” in every public school in Florida is moving through the state legislature, Religion News Service reported.

The phrase is the official motto of the United States and the state of Florida. It appears on the Florida state flag, which already flies in every public school there.

“This motto is inscribed on the walls of this great capital and inked in our currency and it should be displayed so that our children will be exposed and educated on this great motto,” state Rep. Kimberly Daniels, a supporter of the bill and a minister, said at a hearing of a subcommittee of the Florida legislature, according to RNS.

A similar bill is also being proposed in the South Carolina legislature.

Opponents argue that the Florida bill could be an unconstitutional violation of the separation of church and state.