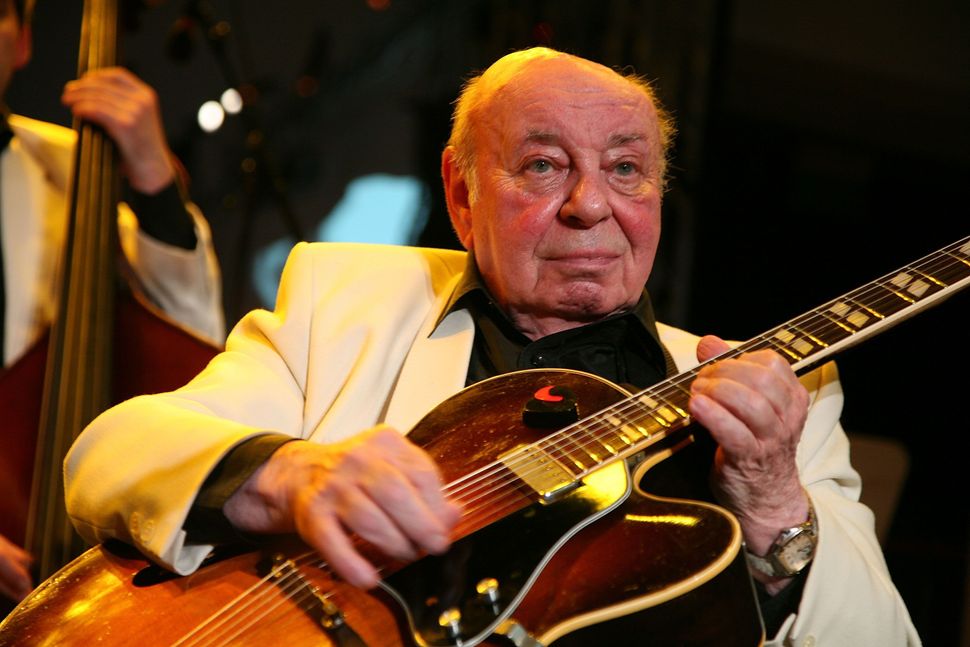 Coco Schumann in 2007. Image by Getty

Heinz Jakob “Coco” Schumann, a Jewish-German jazz legend who survived the Holocaust by playing for Nazis, is dead at 93, the BBC reported.

Schumann, born to Jewish parents, fell in love with jazz swing music while living in Berlin in the 1930s. His first girlfriend, who was French, gave him the nickname Coco because it was easier for her to pronounce than Jakob.

Schumann was arrested in 1943 and sent to Theresienstadt, a concentration camp in German-occupied Czechoslovakia. There, Schumann was forced to play for Nazi officers in a band called the Ghetto Swingers.

Schumann was later sent to Auschwitz, where he survived a death march forced on the camp’s prisoners ahead of the arrival of Allied soldiers.

Schumann later returned to Germany and became one of the country’s best known jazz musicians, and one of the first major German electric guitarists. His autobiography, “The Ghetto Swinger,” was eventually turned into a musical staged in Hamburg.