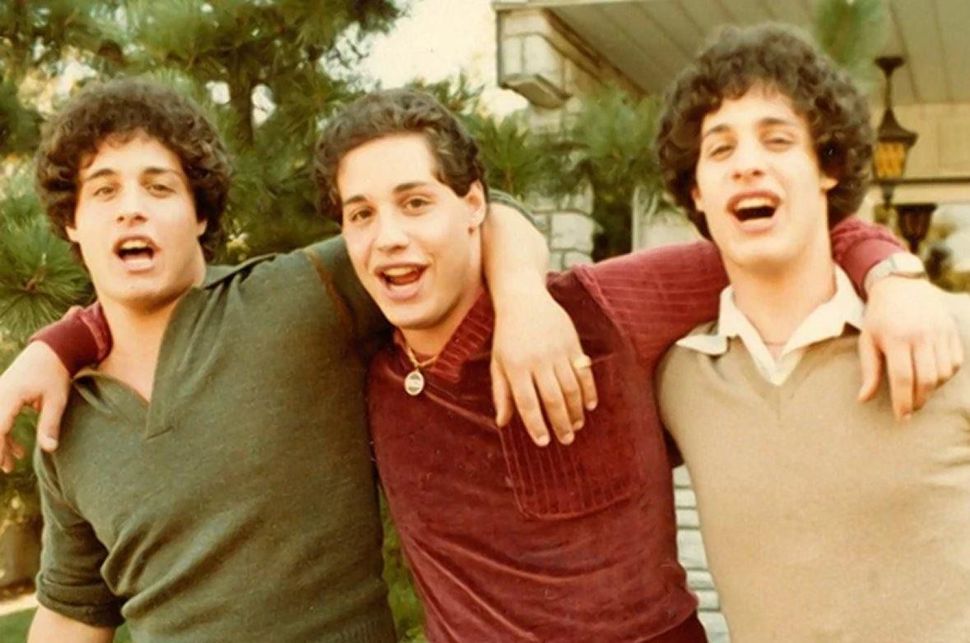 Bobby Shafran, Eddy Galland, and David Kellman were separated at birth for a controversial experiment in 1961. Image by Sundance Institute

(JTA) — Triplet siblings who were separated at birth and given up for adoption as part of an experiment are demanding compensation from the Jewish organization they say is responsible for it.

Bobby Shafran, Eddy Galland and David Kellman were in 1961 separated at birth in New York and adopted by three different families with varying financial means for a controversial experiment that sought to determine to what degree personalities are shaped by external circumstances.

They were placed in foster care by the now-defunct Louise Wise Agency as part of a study by the Manhattan Child Development Center, which would later merge into the Jewish Board of Family and Children’s Services, the Washington Post reported Sunday.

The triplets were brought in for evaluations periodically by Dr. Peter Neubauer, a psychoanalyst with the Manhattan Child Development Center, according to the report.

“It was cruel; it was wrong,” Kellman told the Post, which recounted the triplets’ story in writing about a new documentary about them, “Three Identical Strangers.” Featured at the Sundance Film Festival last month, it was celebrated as one of the event’s most memorable works.

Galland committed suicide in the 1990s. Now Kelklman and Shafran are demanding compensation, an apology and additional details about their case from the Jewish Board.

The boys never knew of one another’s existence until they were 19, when a coincidence at a college in rural Sullivan County reunited Galland and Shafran. Kellman was reconnected with them soon after when he and his adoptive mother saw news coverage and realized that he was their identical sibling.

Neubauer’s sealed study, which has long been housed at Yale University, was not released, and requests over the years by its subjects to unseal it were rebuffed.

In a statement to the Post, the Jewish Board distanced itself from the study.