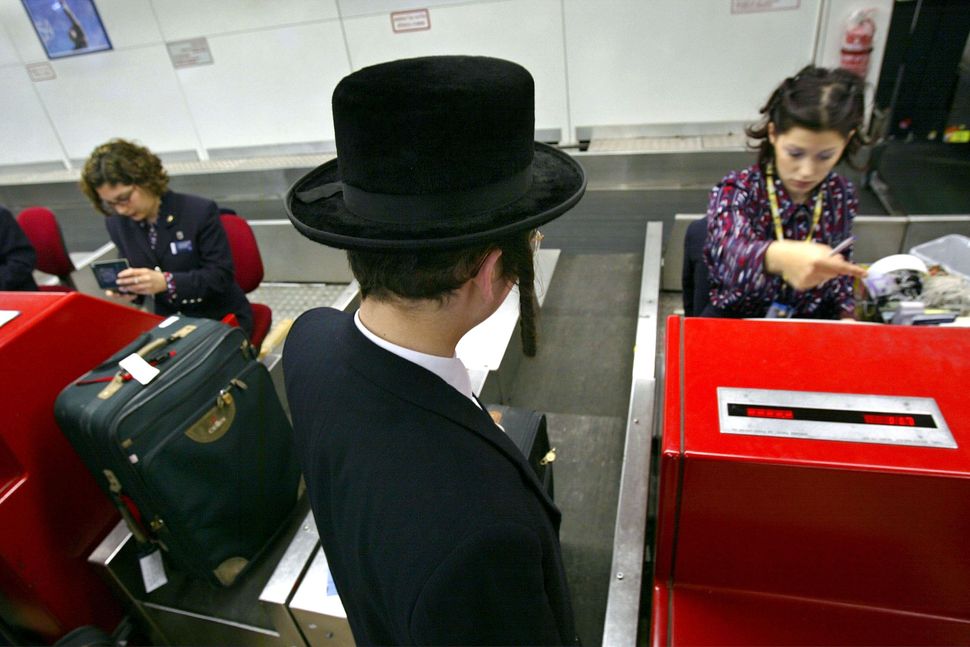 A London-native Jewish teen lost his tefillin and tallis while traveling from Manchester to Amsterdam, forgetting to take the bag with him as he departed from the plane.

Upon realizing, 17-year old Nachum Lobenstein was distraught, calling the Amsterdam airport daily for an update, but to no avail.

Little did he know a Jew over the pond in Teaneck, New Jersey, would find it.

When Dr. Meylekh Viswanath, on his way home from Ireland with a stopover in Amsterdam, stopped to pray in the airport, an airport worker walked over to him and showed him a tallis bag.

“He told me that someone had left a bag similar to mine in the airport,” Viswanath told the New Jersey Jewish Link. “He asked if I would look at the bag to try and figure out whom it might belong to. I saw a name on the bag in Yiddish but no address. Still the presence of a Hebrew/English Artscroll siddur led me to believe the person may be American.”

And so began an international social media campaign to re-unite the lost tefillin with its owner.

Viswanath approached his local rabbi for help to find the owner, who turned to several contacts of his to spread the word; Monsey resident Sandy Eller posted a picture of the velvet tallis bag on Twitter and Facebook, asking for shares. Within hours that very night, the image made its way to a local Zurich Whatsapp group, where Lobenstein’s brother Barry happened to be a member.

A few emails later, arrangements were made for the tefillin and tallis to return to the UK.

“I called my father to tell him that it had been found,” Barry Lobenstein told the Link. “He was literally in tears. Something like this could only happen in the Yiddishe world.”