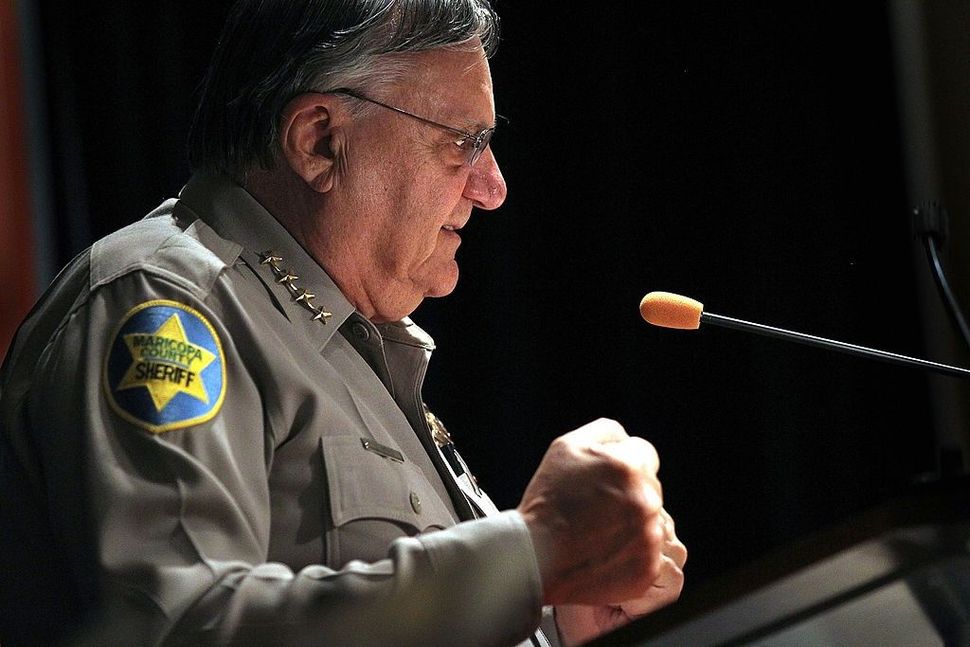 Joe Arpaio, the former Arizona Sheriff and current Republican Senate candidate, is claiming he didn’t know that the American Free Press was anti-Semitic, even though he just gave them his fifth interview, according to the Washington Post.

Yesterday, Arpaio explained his position on Twitter. “It was brought to my attention I gave interview to publication that supports antisemitism; I was unaware and don’t support that view point.”

The Post counted at least five interviews Arpaio gave the publication, which has published articles titled, “Someone Tell Trump: It was Jews, Not Arabs, Dancing on 9-11,” “Jews Who Control Hollywood Tell Stars: Better Not Mention Palestine,” and an audio interview titled “Holocaust Hoax Exposed.” In 2014, Phoenix New Times contacted Arpaio’s office regarding interview with the Free Press and received this statement from a spokesperson: “The sheriff does hundreds of interviews with different people and doesn’t do background checks on them before he does them.”

Arpaio was sheriff of Maricopa County for over two decades, where he implemented controversial practices in detaining immigrants. Voted out of office in 2016, he was convicted of criminal contempt for ignoring a judge’s order to stop detaining immigrants only on suspicion that they were in the country without documentation. President Trump pardoned him last year.