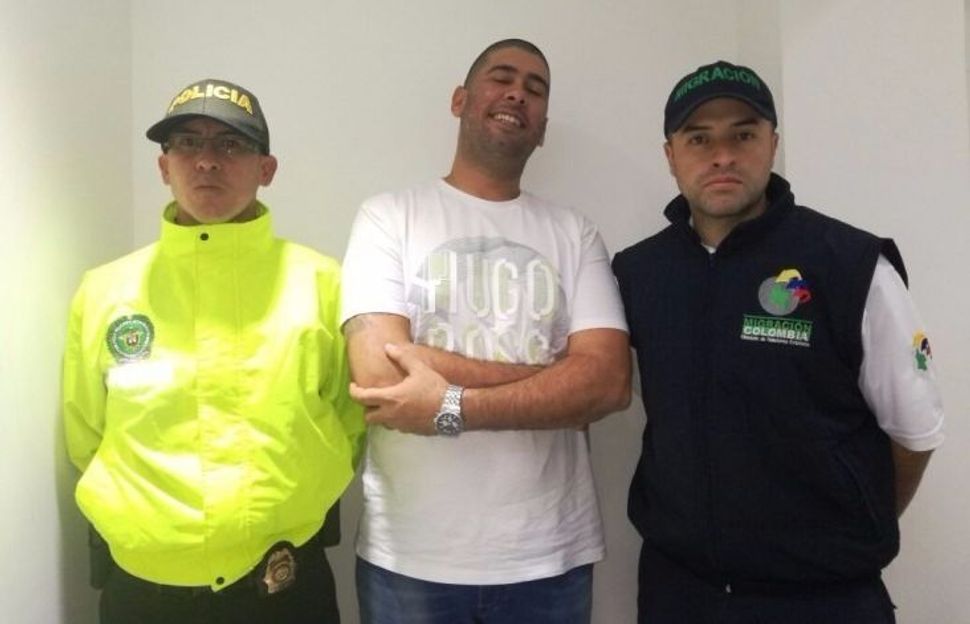 (JTA) — An Israeli citizen accused of belonging to an international crime organization was captured and extradited from Colombia.

Binyamin Cohen, 35, was arrested in Medellin, Colombia’s second largest city. He is accused of crimes including arms trafficking, car robbery, home burglary, human trafficking, and smuggling cocaine from the South American country to the Jewish state, reported local news website El Caracol. He had been sentenced in 2013 to 392 days in prison for attempted homicide.

He was extradited on Sunday.

In November, another Israeli was expelled from Colombia accused of running illegal sex tourism. Assi Ben-Mosh, 43, was accused of leading a network that offered trips with drugs and underage prostitutes. He is banned from returning to Colombia for 10 years. His arrest and expulsion was “a relief” because “authorities were for many years complacent,” an unnamed witnesses told local press.