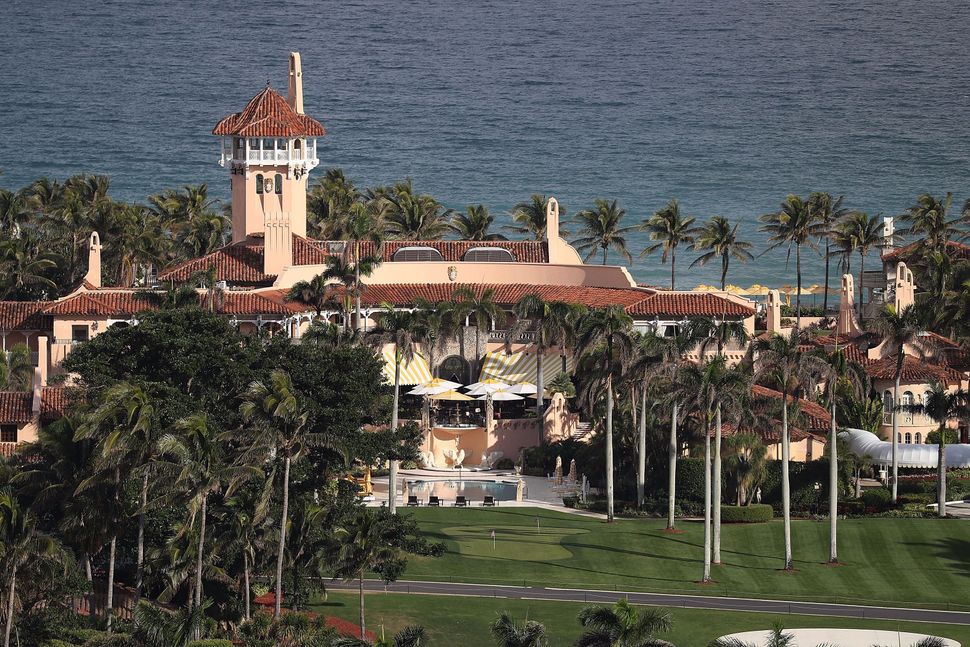 The event scheduled for late March is organized by the International Fellowship of Christians and Jews, which is selling tickets for $10,000 per table, Haaretz first reported.

Among the cancellations were American Friends of Magen David Adom, the U.S. fundraising arm of the Israeli Red Cross organization. Some of the groups that canceled their events in August cited Trump’s response to the far-right rally in Charlottesville, Virginia, as the reason for canceling. In other cases, groups said the venue was detracting from the message of their events.

The Boca Raton, Florida-based group “The Truth About Israel” is scheduled to hold its gala at Mar-A-Lago on February 25. Among the speakers will be former Israeli ambassador to the U.S. Danny Ayalon, three Republican members of Congress, including Rep. Ron Desantis, who is running for Florida governor; and Jewish Olympic swimmer, Mark Spitz.