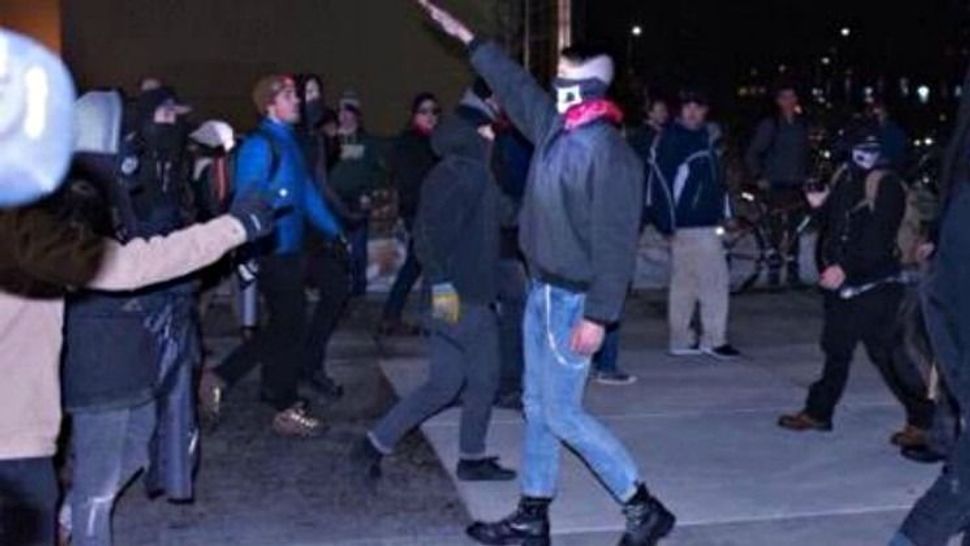 White supremacists skirmished with members of a local “antifa” anti-fascist group outside an event at Colorado State University on Friday.

Members of the Traditionalist Worker Party, a white nationalist group that the Southern Poverty Law Center calls “intimately allied with neo-Nazi and other hardline racist organizations,” were reportedly spotted by students and local community members outside an event featuring conservative activist Charlie Kirk.

The white nationalists were chased off campus by antifa and others, The Rocky Mountain Collegian reported Friday.

The Collegian reported that students saw members of the Traditionalist Worker Party in the crowd of counter-protesters, making Hitler salutes and chanting “Jews will not replace us” and “blood and soil” — the same chants that white supremacists made in Charlottesville, Virginia, last year. Reportedly. antifa members attacked the white supremacists before the police broke up the fights.

“In a crowd this size, where emotions are running high and various groups arrive with a goal of violence to spread their fear, it’s sad but not unexpected to have some level of conflict, but we had a solid security plan in place and it worked well to minimize any violence,” university president Tony Frank wrote to students Friday night.

Tensions were heated earlier in the week when flyers promoting the Traditionalist Worker Party were found on campus.

The Northern Colorado Antifa Collective claimed on social media after the event that among the white supremacists present Friday was Joshua Yeakel, who posed for a photo last year with a Colorado state senator while wearing a T-shirt advertising the neo-Nazi website the Daily Stormer.

Yeakel has been linked to William Scott Planer, who was arrested for vandalizing the Chabad Lubavitch of Southern Colorado and has also been charged with attacking a protester at a white supremacist rally in California in 2016.

According to the Anti-Defamation League, white supremacist propaganda and presence on college campuses have seen a dramatic increase since the 2016 election.