Polish President To Sign Holocaust Speech Bill, Send It To Judges For Review 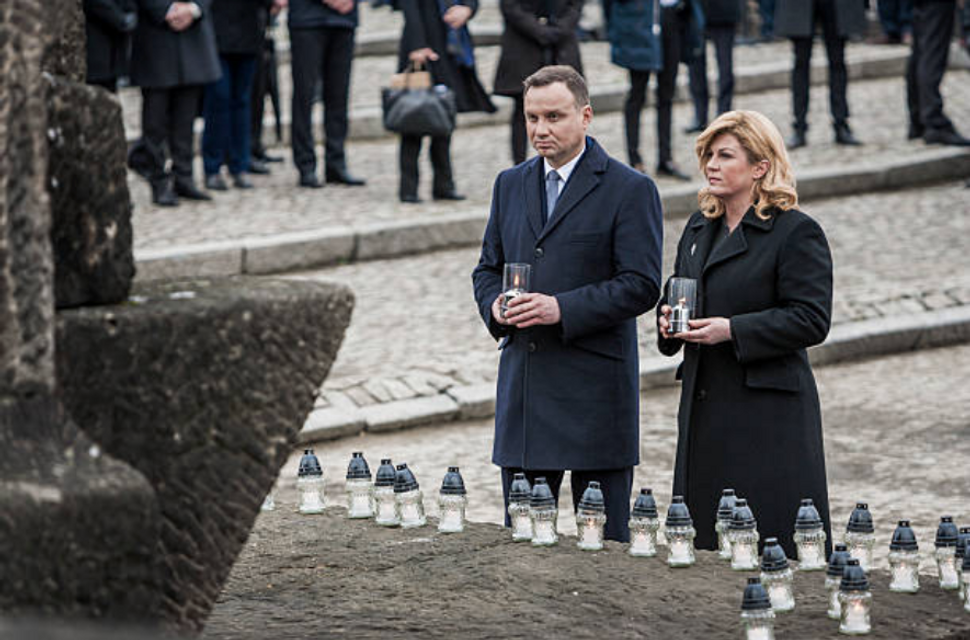 (JTA) — Polish President Andrzej Duda said he would sign a controversial law limiting rhetoric on atrocities committed in his country during World War II, but added he would refer it for review by a constitutional court.

The bill would make it illegal — and punishable by up to three years in prison — to say that the Polish government, nation or people took part in the Holocaust. The bill would also make it illegal to describe Nazi death camps located in Poland — including Auschwitz-Birkenau — as “Polish.”

Duda said this Tuesday during a press conference in Warsaw about the bill that the lower and upper houses of the Polish parliament passed after Jan. 26. It criminalizes blaming the Polish state or nation of crimes and atrocities the bill says were perpetrated exclusively by Nazis during their occupation of Poland.

The bill generated an outpouring of condemnations from international Jewish groups and from the highest levels of the Israel government, who suggested it whitewashes the actions of some Poles who are responsible for killing Jews during the Holocaust.

The bill was submitted following many years in which Polish officials protested the use of the term “Polish death camps” to describe facilities set up on Polish soil by the German Nazis. To become law, Duda must sign the bills passed in parliament.

Polish President To Sign Holocaust Speech Bill, Send It To Judges For Review