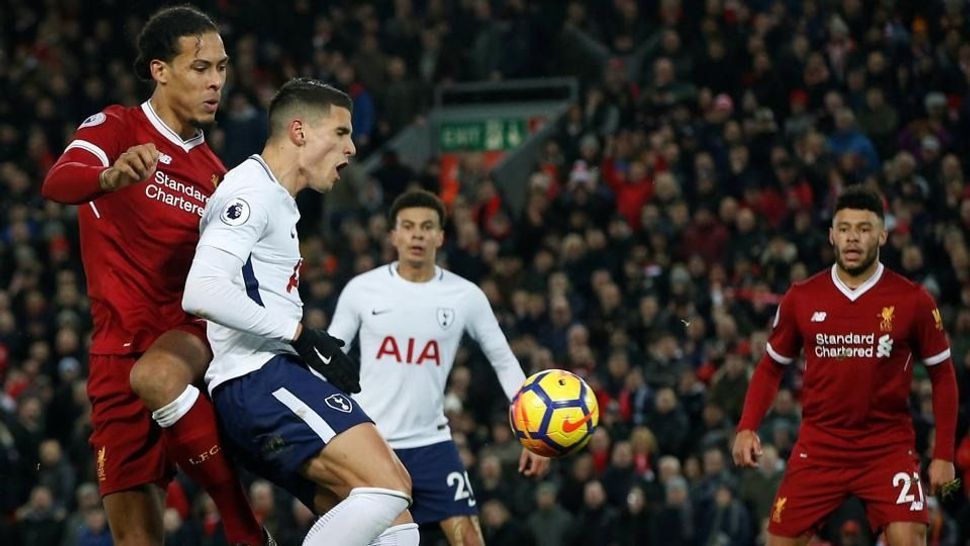 Players vying for the ball at a recent Liverpool-Hotspurs match. Image by Twitter

British police are investigating claims that fans of the Liverpool FC soccer team used anti-Semitic insults in run-ins with fans of the Tottenham Hotspurs at a recent match between the two teams, the Jewish Chronicle reported.

“There was about three or four people that passed me on the way out of Anfield who were engaged in it,” the journalist said, referring to Liverpool’s home stadium.

The taunting reportedly began after a Tottenham player converted a penalty kick to make the game even at 2-2.

“We investigate all reported incidents at Anfield and anyone found guilty of such an offence would receive a lifetime stadium ban,” a Liverpool spokesman said.

The Tottenham Hotspurs have their stadium in North London, an area where much of London’s Jewish community lives. Anti-Semitic epithets and insults are common when fans taunt the club at Premier League matches.