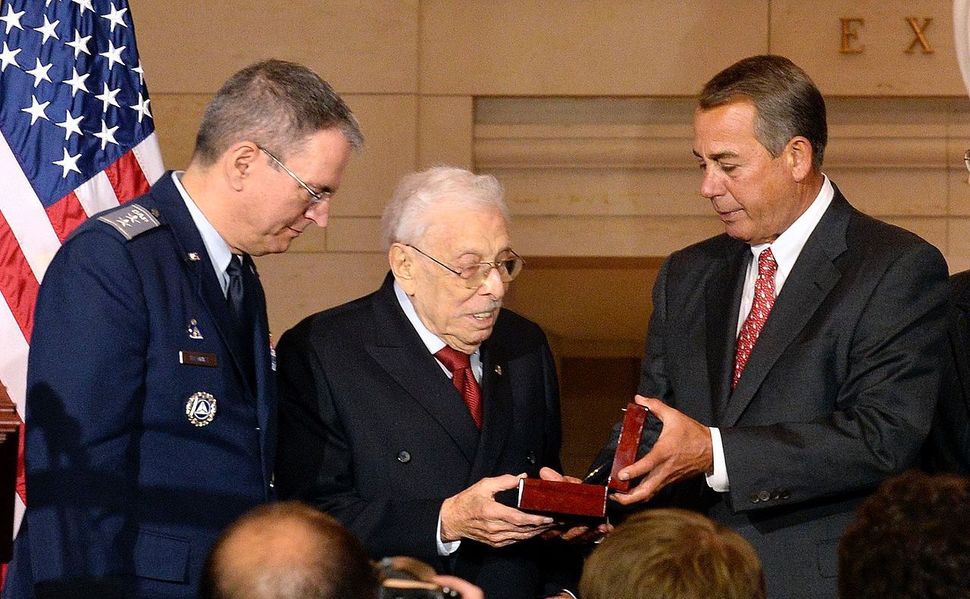 There aren’t many 99-year-olds who tweet every day. But then again, Lester Wolff is unique in more ways than one. Wolff is the oldest living former member of Congress — and he shows no signs of slowing down.

Wolff, a New York City native, was first elected to Congress in 1964, and served for several years as chairman of the Advisory Committee in the House of Representatives. Wolff, a Democrat, represented New York’s 3rd Congressional District until 1972, before switching to the state’s 6th congressional district, where he worked until 1980.

Jewish causes were always at the forefront of Wolff’s agenda, getting involved in charities such as United Jewish Appeal and B’nai Brith. He was responsible for amendments to the Foreign Assistance Act of 1969, which helped restart peace talks between Israel and Arab countries, and met with Egypt’s President Anwar Sadat.

In 2014, Wolff was awarded the Congressional Gold Medal, the highest civilian honor in the United States.

Currently, Wolff runs the website Ask Congress, which provides contact information for parliamentarians throughout the world, allowing people to network and express their concerns. He still attends services almost every Friday night at Temple Emanuel, and has six great-grandchildren.