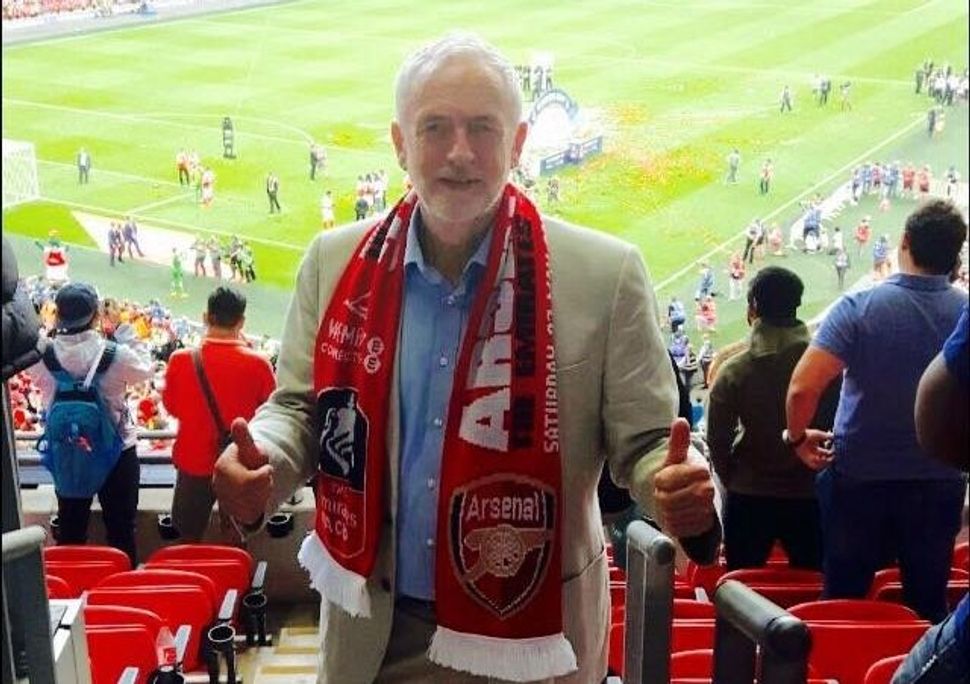 Accusations of anti-Semitism in the British Premier League flared up again this week after fans of Liverpool FC were heard on video calling the Tottenham Hotspurs “yid c**ts.” But now Jeremy Corbyn is saying that the blame also lies with Tottenham’s supporters, the Jewish Chronicle reported.

Tottenham’s stadium is in North London, a heavily Jewish part of the city. Its supporters have reappropriated some of the slurs that are often directed at its fans and players during the game, including “yid.” Many Tottenham supporters now refer to themselves as the “Yid Army.”

On Thursday, Corbyn urged Tottenham fans to abandon the chant. He made his comments at a “Show Racism the Red Card” event organized to combat anti-Semitism and racism in UK soccer matches.

“The idea of adopting a term to neutralise it doesn’t really work because it is identifying a club by an ethnic group or faith, whereas you should be identifying club through supporters,” Corbyn said.

In 2013, British police told Tottenham fans they could face arrest for using the word “yid,” but reversed the decision six months later under pressure from the club.

“Yid chants are unacceptable,” Corbyn said. “It plays into something that’s not very good and we should be saying: ‘We’re the Spurs’ or ‘We’re the Arsenal.’”